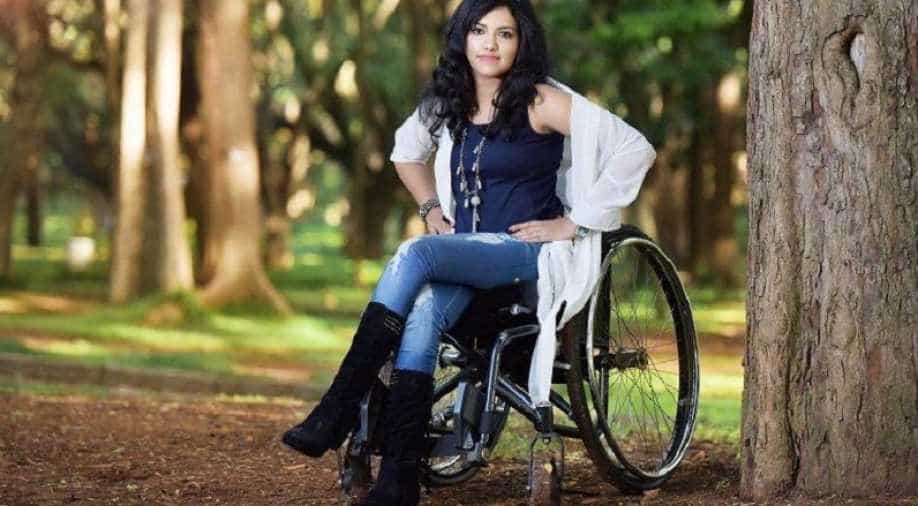 The competition was organised by a Polish foundation, a first of its kind on a global scale. Photograph:( Twitter )

Rajalakshmi from Bengaluru is a dentist by profession

The competition was organised by a Polish foundation, a first of its kind on a global scale -- with an aim to raise awareness and break stereotypes for people with disabilities.

Indian entry Rajalakshmi is a dentist by profession who took to a wheelchair after she met with an accident 10 years back. The road accident led to a spinal cord injury forcing her to be wheelchair-bound for life .

After the accident, she went on to pursue her interests in fields of psychology and fashion and also won 2014 Miss Wheelchair India contest. She is also the chairperson of her organisation SJ Foundation, which works for various causes of the disabled.

TAleksandra Chichikova from Belarus was crowned Miss Wheelchair World at the pageant that took place in Warsaw.

After winning the title, as reported by Reuters, Aleksandra Chichikova said, "Now I am so happy and my heart is... (performs heart pounding gesture) while Lebohand Monyatsi from South Africa (second-place winner) said, "(I am) very happy because this is going to change many things, especially in my country where the people with disabilities have been disregarded, not taken seriously. Now I'm going to go back home and change a whole lot of things."