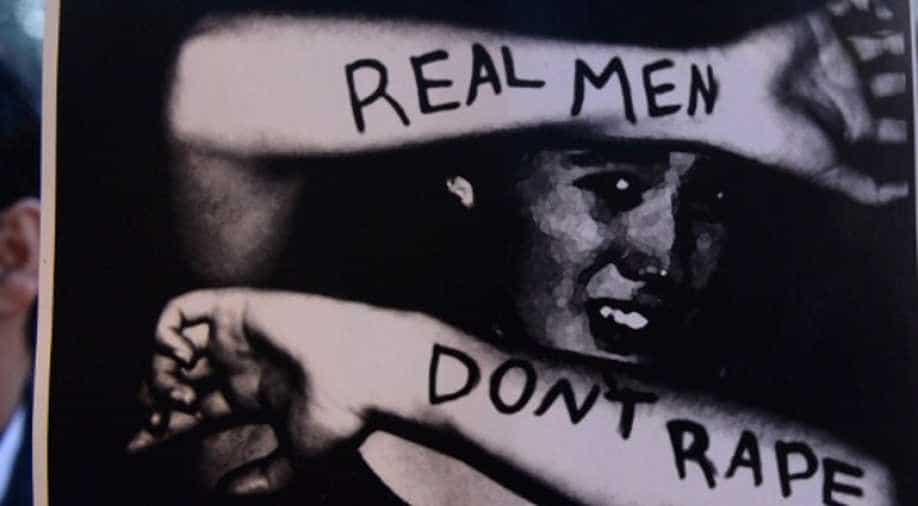 The 18-year-old from a school in Rajasthan's Sikar was raped by her teacher, Jagat Singh Gujjar, and the school's director, Jagdish Prasad Yadav.(Representative image) Photograph:( AFP )

The driver was formerly employed with app-based cab service Ola which says it has no connection with the incident||The driver had been off duty for over a week, but the car still had a sticker of the app-based service, police said

A cab driver and his friend were arrested for allegedly raping a 32-year-old woman in a cab in Maharashtra's Thane district, police said.

The duo allegedly raped the woman while she was travelling from Kashimira to Thane near here on the night of December 19, they said.

The two were produced in a court and remanded into police custody till December 26, police said.

Gosavi had been off duty for over a week, but the car still had a sticker of the app-based service, police said.

According to the complainant, she boarded Gosavi's cab on the evening of December 19 to travel to Thane from the Kashimira area.

However, Gosavi drove to Vajreshwari where he allegedly robbed her of money, mobile and purse, and then raped her in the car at an isolated spot. His friend, who was also sitting in the cab, allegedly helped him, police said.

Later they took her to a lodge where the woman narrated her ordeal to the lodge manager.

When the manager questioned the duo, they fled the spot, police said.

Following the woman's complaint, Gosavi and his friend were arrested yesterday, they said.

Meanwhile, in a statement issued late tonight, Ola said the company had no connection with the incident.

"At Ola, we condemn any act of crime. We can confirm that this incident has not occurred on the Ola platform. We have extended all support to the authorities to share any information that will help support their investigation," the statement said.

An Ola spokesperson told PTI that the driver was not logged on the Ola platform when the incident took place.

"He was not logging on our platform from around three- four days before the incident," he said.