Watch: Licensing with us, we cannot say anything, corporation mayor tells aide on Delhi factory fire that killed 17 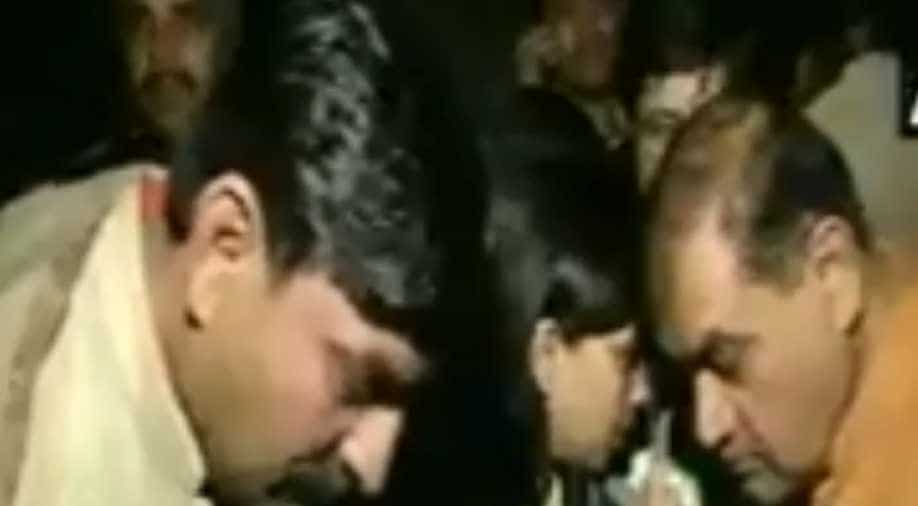 BJP leader and North Delhi Municipal Corporation Mayor Preeti Aggarwal had rushed to the spot to take stock of the situation. Photograph:( ANI )

BJP leader and North Delhi Municipal Corporation Mayor Preeti Aggarwal was on Saturday caught on camera telling her aide that since the licensing of the factory was with them, they couldn't say anything.

In the aftermath of the Delhi factory fire that claimed 17 lives, BJP leader and North Delhi Municipal Corporation Mayor Preeti Aggarwal was on Saturday caught on camera telling an aide that since the licensing of the factory was with them, they could not say anything.

"Iss factory ki licensing hamare paas hai isliye hum kuch nahi bol sakte (The licensing of this factory is with us, so we cannot say anything)," the North Delhi Municipal Corporation Mayor says in the video.

The North Delhi mayor was quick to issue a clarification after Delhi chief minister Arvind Kejriwal retweeted the video and said she was only making inquiries about the incident. She added that the factory where the fire took place was under the Delhi government.

"A video of me is being made viral on social media and has been re-tweeted by the CM as well. I only made some inquiry about the place from my co-workers and I meant we shouldn't say anything about such unfortunate incident at this time," Preeti Aggarwal said.

"This industrial area is under the DSIIDC (Delhi State Industrial And Infrastructure Development Corporation) and land allotment has been done by the Delhi government. They should at least see what work is being done there. Is making a fake video viral and confusing public fair? It's condemnable and I expect Arvind Kejriwal Ji to apologise, Preeti Aggarwal

BJP leader Manoj Tiwari also defended Preeti Aggarwal, saying only the word "this factory" was clear from the video.

"Preeti Aggarwal asked whom does the factory come under, it's murmuring, only 'ye factory' is clear. Ppl are trying to make that fake video viral at a sad time just to blame BJP. CM re tweeted it, he must apologise for such low-level politics in time of despair," Manoj Tiwari said.

GC Mishra, Director, Delhi Fire Services said earlier that the factory fell in the Delhi State Industrial And Infrastructure Development Corporation area and that the North Delhi Mayor had rushed to the spot to take stock of the situation.

The building owner had procured a licence for a plastic factory but was running a firecracker storage unit instead, media reports earlier quoted the police as saying.

Meanwhile, one person was arrested on Saturday after the major fire at the Bawana industrial area that killed 10 women, and injured two.

A case has been registered and the co-owner of the unit, Manoj Jain has been arrested.