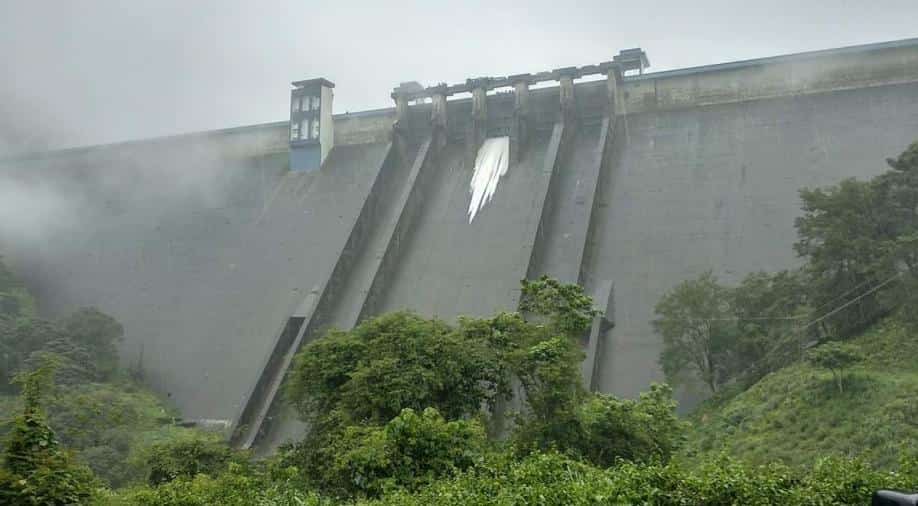 Four shutters of the Idamalayar dam were opened this morning to release excess water from it, resulting in an increase in water level in Periyar river.

Ernakulam district administration officials said relief camps have been opened in Choornikkara and Kombanad villages as it is anticipated that the release of water may cause inundation in these areas.

Kerala State Disaster Management Authority officials said there was no need for people living on the bank of river Periyar to panic.

They were opened 1 metre each after the water level reached maximum storage capacity.

The authority had yesterday sounded a red alert at Idamalayar dam after water level in the reservoir touched 168.20 metres.

The authority said 164 cumecs (cubic metres/sec) water is being released.

Considering the tide levels, the KSEB dam safety department advance the opening of the shutters to 5 a.M.

Earlier, it was proposed to release water from Idamalayar dam at 8 a.M today.

Opening of the shutters of the dam cause the rise of the present water level in River Periyar by 1-1.5 metres.

An orange alert was sounded earlier at the dam after water level in the reservoir reached 167 metres.

Red alert was issued to make necessary preparations for the authorities for evacuation of people in vulnerable areas in case of a water surge.

Ernakulam district collector Mohammed Y Safeerulla is reviewing the situation at Kochi International Airport Limited after water level in a canal near it started rising.