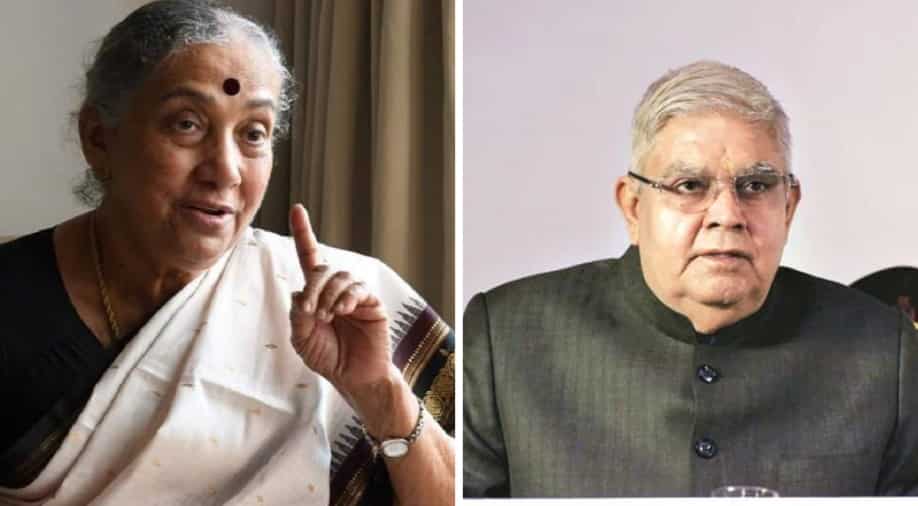 Members of the Indian Parliament will on Saturday vote to elect the next Vice-President of India. While the ruling BJP and its allies (NDA) have picked West Bengal Governor Jagdeep Dhankhar as its vice-presidential candidate, the Opposition parties, led by Congress, have nominated Margaret Alva.

The voting process will take place at the Parliament House from 10 am to 5 pm today and the results will likely be declared later in the evening.

The term of incumbent M Venkaiah Naidu ends on August 10.

The final tally showed 93 per cent voting in the elections with 50 people abstaining. Out of the total 780, 725 people voted and although TMC decided to not vote in the elections, Sisir Kumar Adhikari and Dibyendu Adhikari broke ranks.

The vice-presidential voting has ended and the wait for the results begin. According to various reports, the final results are expected sometime around 7 PM.

Nearly 85 per cent of polling was done in the vote for the vice-presidential position with Prime Minister Narendra Modi and Manmohan Singh both casting their votes.

According to reports, TMC MP and Parliamentary Party leader in Lok Sabha Sudip Bandyopadhyay has written to Sisir Adhikari to abstain from voting during vice president election.

Alva, 80, is a Congress veteran and has served as governor of Rajasthan and Uttarakhand, while the 71-year-old Dhankhar is a Jat leader from Rajasthan with a socialist background.

TMC has decided to abstain to vote

The Electoral College comprises 780 MPs —543 in Lok Sabha (Lower House) and 245 in Rajya Sabha (Upper House). With the TMC, which has 36 MPs, abstaining to vote and including eight vacant seats in Upper House, as many as 744 MPs are expected to vote.

Ruling NDA's Dhankhar has the backing of several regional parties like the Janata Dal (United), YSRCP, BSP, AIADMK and Shiv Sena. He is set for an easy win with over 515 votes.

On the other hand, Alva has the backing of Aam Aadmi Party (AAP), Jharkhand Mukti Morcha (JMM) and Telangana Rashtra Samithi (TRS). She is likely to get over 200 votes