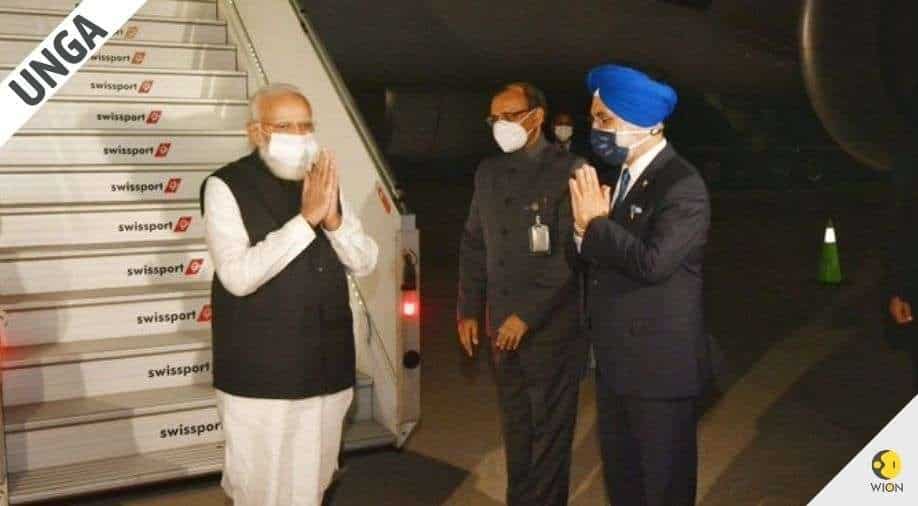 It is expected that PM Modi's speech will focus on the COVID-19 pandemic, the need to combat terrorism, climate change among other global challenges

Indian Prime Minister Narendra Modi will address the 76th session of the United Nations General Assembly on Saturday (September 25). PM Modi arrived in New York after attending his first in-person Quad summit with leaders from Australia, Japan and the US in Washington. The Prime Minister also met US President Joe Biden for their first bilateral meeting in the Oval Office of the White House.

Upon his arrival in New York, PM Modi tweeted that he will be addressing the UNGA at 6:30 PM (India time). India's ambassador to the US Taranjit Singh Sandhu and India's Permanent Representative to the UN ambassador T S Tirumurti received PM Modi at the airport.

It is expected that PM Modi's speech will focus on the COVID-19 pandemic, the need to combat terrorism, climate change among other global challenges.

Landed in New York City. Will be addressing the UNGA at 6:30 PM (IST) on the 25th. pic.twitter.com/CUtlNZ83JT

"India's Amrit Mahotsav and the 75th-anniversary of the UN are coinciding. And on this occasion, Prime Minister Modi during his address will definitely speak on UN reforms, about why it is needed and how it can be achieved," he said.

"Voicing the sentiments of the 1.3 billion people of India! PM @narendramodi arrives in New York to address the 76th UNGA tomorrow. India's current membership of the @UN Security Council lends even greater significance!," the Ministry of External Affairs said in a tweet.

The high-level segment of the 76th UNGA began in New York on Tuesday as some of the countries have already spoken. This year, the theme for General Debate is 'Building Resilience through hope to recover from COVID-19, rebuild sustainably, respond to the needs of the planet, respect the rights of people, and revitalise the United Nations.'

Last year, world leaders had submitted pre-recorded video statements for the United Nations General Assembly session in September, as heads of state and government could not physically attend the annual gathering due to the coronavirus pandemic.

After his address to the General Assembly, Modi will return to India.