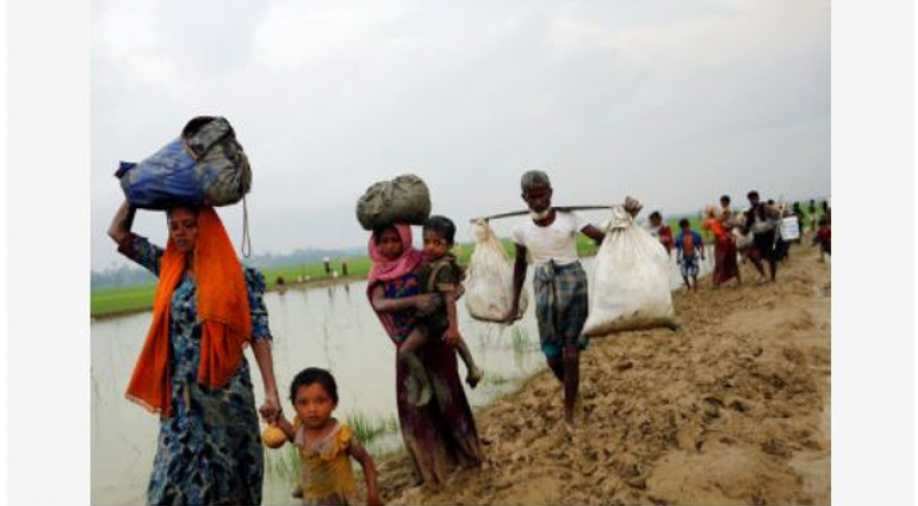 Earlier this month, the Centre had filed an affidavit in the Supreme Court on deportation of Rohingya Muslims from India citing that the illegal influx of these refugees will adversely affect the fundamental rights of Indian citizens. Photograph:( Reuters )

The Indian government announced on Monday that it has approved two immigration checkpoints to facilitate legal entries and exits for Rohingyas at its borders with Myanmar and Bangladesh, a media report stated.

One checkpoint has been designated in Zorinpui in Lawngtlai district of Mizoram, which forms a part of India's over 1500 km long border with Myanmar, the home ministry stated in a gazette notification.

The checkpoint will be an authorised immigration check post for all classes of passengers to or from Myanmar with valid travel documents, the DNA report said citing the government notification.

The Kawrpuichhuah land check post in Mizoram's Lunglei district has also been designated as an authorised immigration checkpoint for entry into or exit from India for all classes of passengers to or from Bangladesh with valid travel documents. The checkpost is situated along a riverine border with Bangladesh, the DNA report said.

India shares a 4,096 km of border with Bangladesh which includes the states of Mizoram, Assam, Tripura, Meghalaya and West Bengal.

Zorinpui is located just 287 km away from the deep sea port India is building up at Sittwe, the capital of Myanmar's Rakhine state where the ongoing violence against the Rohingyas has led to an influx of Rohingya Muslims and illegal Bangladeshi immigrants into India.

The border post at Zorinpui forms an important link for the upcoming Kaladan Multi-Modal Project, the DNA report stated.

A team of top bureaucrats who visited the area to review the security situation along India's border with Myanmar said not a single instance of mass exodus and influx of illegal immigrants from the neighbouring borders has been reported by the border guards so far.