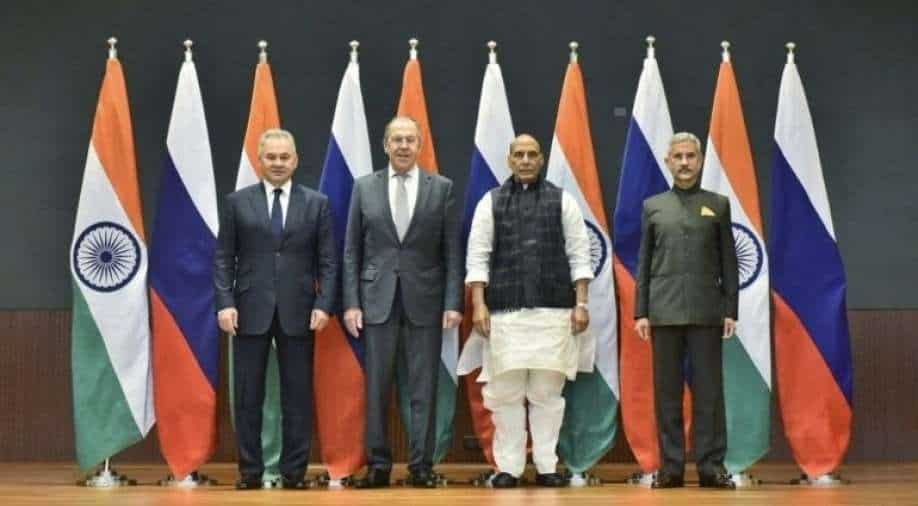 The two nations also extended their military-technical cooperation agreement for the years 2021-31.

India and Russia signed a Rs 51 billion contract on Monday for the joint manufacturing of over 500,000 AK-203 assault rifles at a factory in Uttar Pradesh's Amethi region.

According to authorities, the two nations also extended their military-technical cooperation agreement for the years 2021-31.

"India deeply appreciates Russia’s strong support for India. We hope that our cooperation will bring peace, prosperity and stability to the entire region. Glad that a number of agreements/contracts/protocols were signed pertaining to small arms and military cooperation," Rajnath Singh tweeted on Monday.

The news came as Prime Minister Narendra Modi and President Vladimir Putin set to meet for their annual meeting this evening.

AK-203: Rifles with a range of more than three football fields to be manufactured in Uttar Pradesh

The centre has given its approval for a gun manufacturing factory in Amethi, Uttar Pradesh, to produce over five lakh high-powered AK-203 rifles.

The contemporary AK-203 will be manufactured in collaboration with Russia, which produced the original AK-47.

This assault rifle uses the significantly bigger 7.62 mm ammunition, which has superior penetrating force, whereas comparable guns use the smaller 5.56 mm rounds, which have less stopping power.

The contemporary version of the Russian-origin rifle is lightweight and sturdy, with an effective range of 300 metres, or more than three football fields.