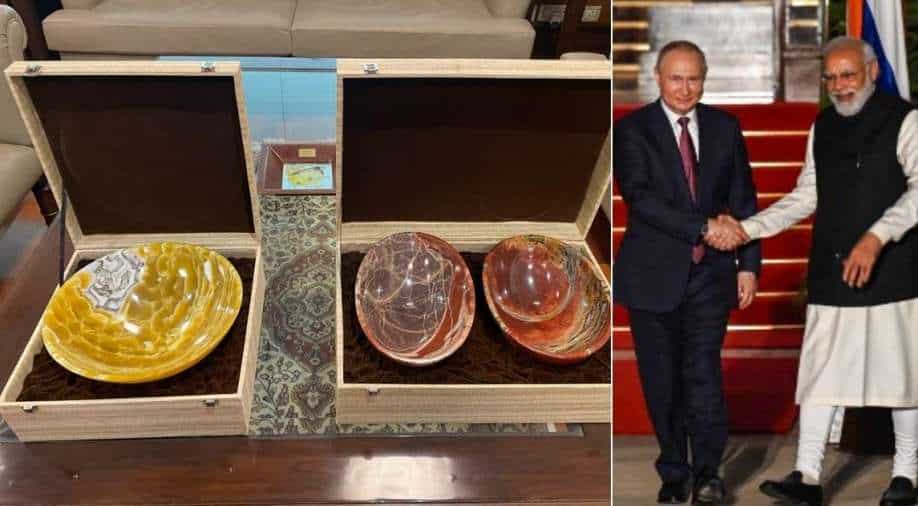 Agates — known for their finesse and brightness — are hard semi-precious stones, used as a gemstone in ornaments. Photograph:( AFP )

The making of Agate Bowls needs remarkable craftsmanship as it is created from a single stone, without any joins

Prime Minister Narendra Modi on Monday (December 6) said that the relation between India and Russia is truly a unique and reliable model of interstate friendship. During the 21st annual India-Russia summit, Modi hailed the Indo-Russia bilateral ties as a 'special and privileged' strategic partnership.

PM Modi received the Russian President Vladimir Putin at Hyderabad House in New Delhi as it was the first in-person between the two leaders since they met on the sidelines of the BRICS summit in 2019 in Brasilia.

To honour the crucial relations between the two nations, PM Modi gifted exquisite Agate Bowls to President Putin made by the tribal community and artisans of Gujarat, which is the western state of India. 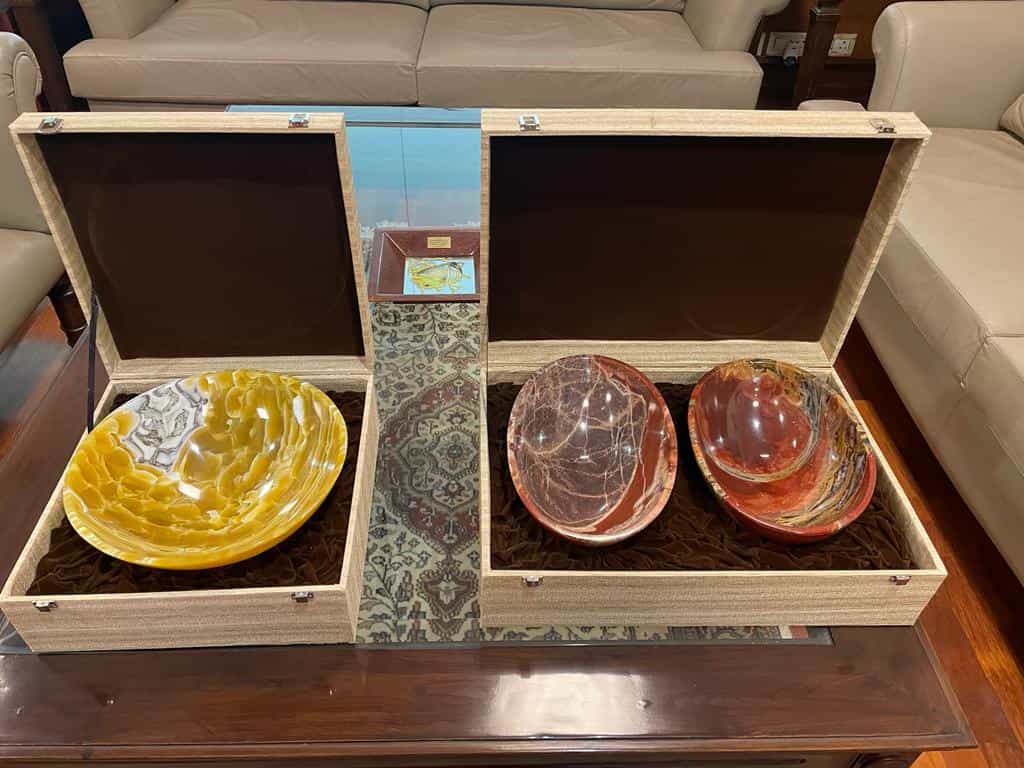 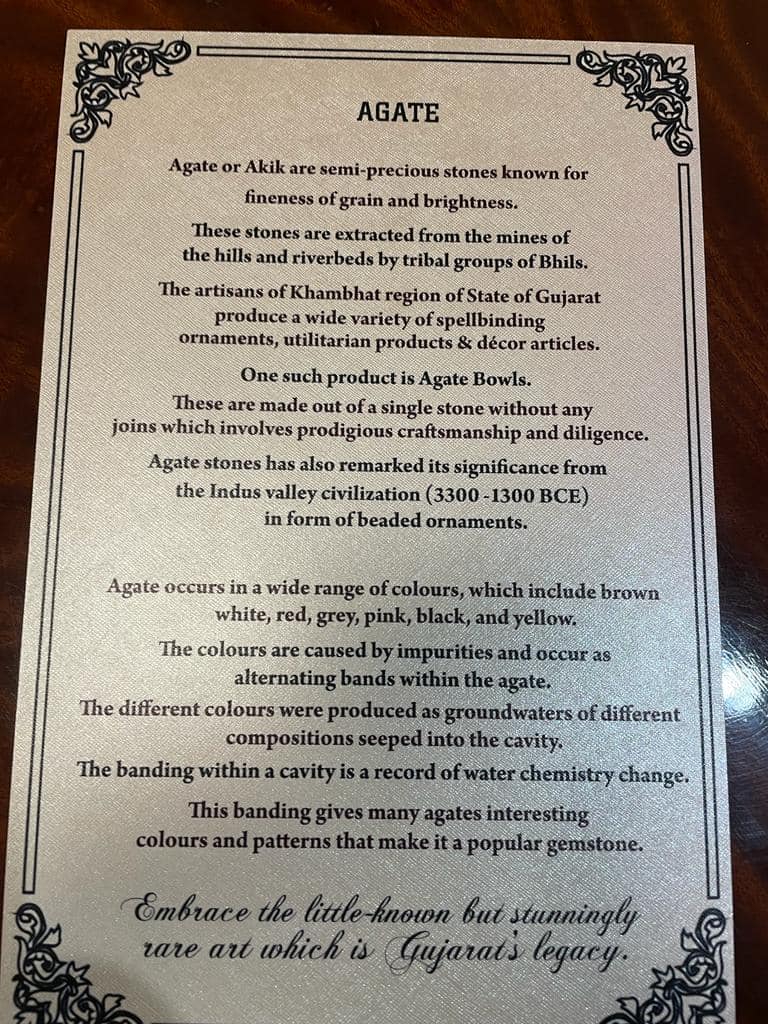 Agates — known for their finesse and brightness — are hard semi-precious stones, used as a gemstone in ornaments and found all over the world in places including India, Asia, the USA, Africa, Brazil, Germany, Mexico, Italy and Nepal.

Several varieties of Agate such as the Jasper, bloodstone, chocolate stone, etc are found in India and are found mainly in parts of Bombay, Chennai and in the state of Orissa.

However, it is found predominantly in Khambhat, in the western part of Gujarat as artisans make beautiful ornaments and decor articles — one such article is Agate Bowls, which has been gifted by PM Modi to the Russian President.

The making of Agate Bowls needs remarkable craftsmanship as it is created from a single stone, without any joins.

Welcome to India my friend President Putin. Our meeting today will strengthen our Special and Privileged Strategic Partnership. The initiatives that we take today will further increase the scope of our cooperation to new areas. @KremlinRussia pic.twitter.com/v699GK4BEM