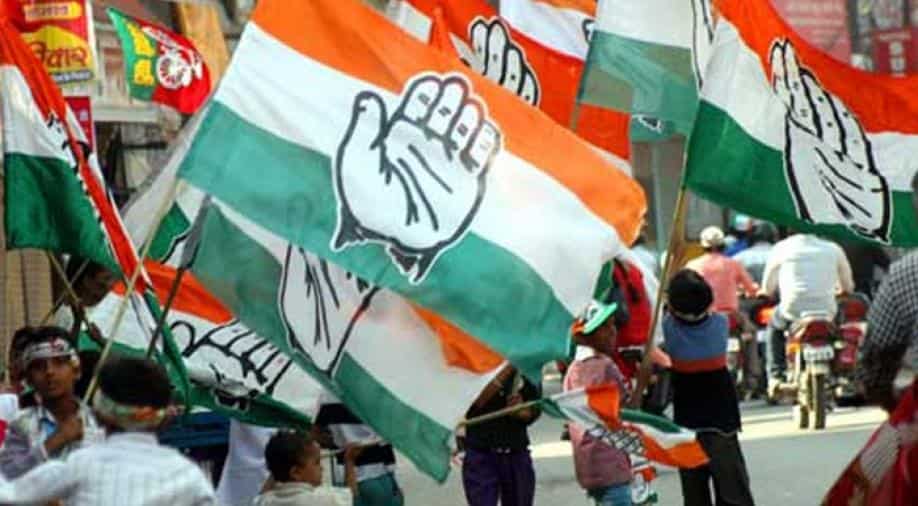 The CWC is the top decision-making body of the grand old party. On the birth anniversary of the father of the nation, the Congress is seeking to send a political message to the country ahead of 2019 Lok Sabha polls.

On Mahatma Gandhi's 150th birth anniversary, the Congress will discuss the country's social, political and cultural atmosphere and pass a resolution urging people to follow his vision of love, peace and brotherhood.

The CWC is the top decision-making body of the grand old party. On the birth anniversary of the father of the nation, the Congress is seeking to send a political message to the country ahead of 2019 Lok Sabha polls.

The party is on an all-out mission to defeat the BJP in the next general elections and is utilising every occasion to attack the ruling party and the RSS.

"On Gandhiji's birth anniversary, the CWC under Rahul Gandhi's presidentship will meet and discuss the current social political and cultural atmosphere under the BJP and Narendra Modi's rule, and will send Gandhiji's message of love, peace and communal harmony from Bapu's ashram, where he spent the last 12 years of his life," AICC General Secretary Ashok Gehlot told PTI.

He said, "Mahatma Gandhi message has assumed significant in today's India which is being increasingly gripped by the politics of hatred and communal violence being spread by the BJP and the RSS."

On October 2, top Congress leadership will pay their respects to Gandhiji at his samadhi in Delhi and will then attend a prayer meeting at his Wardha ashram.

Gehlot said a peace march will also be taken out by Congress workers in the afternoon followed by a public meeting at Wardha. Top Congress leaders from across the country will attend the rally.

According to a senior party leader, the Congress will hold its working committee meeting in Wardha on October 2 to mark the beginning of Mahatma Gandhi's 150th birth anniversary celebrations and will give a message against the "atmosphere of fear, hate and violence prevailing in the country".

"Now fascist forces have have started taking the name of Mahatma Gandhi. Those who do not believe in democracy, those who believe in violence, these forces are indulging in politics over his name," the leader said.

Claiming that messages of hate were being sent "from the top", Gehlot said it was only befitting that a message to remove the "atmosphere of fear, hate and violence" is given from a place where the Quit India resolution was passed.