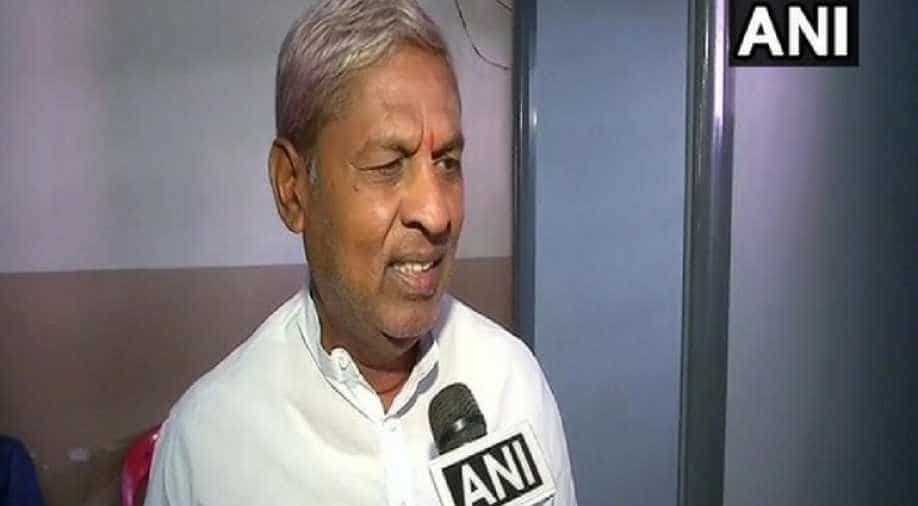 Congress leader Amaregouda Linganagouda Patil Bayyapur revealed on Wednesday that he had received lucrative offers from the Bharatiya Janata Party (BJP) to switch his allegiance for the latter.

However, despite offers of a seat in the State Ministry, Bayyapur said that his fidelity would continue to lie with the Congress.

"I got a call from the BJP leaders. They said come to us and we will give a ministry to you. We'll make you a minister. But, I'm going to stay here. HD Kumaraswamy is our Chief Minister," said Bayyapur.

Earlier in the day, the outgoing Chief Minister of Karnataka, Siddaramaiah had also claimed that the Janata Dal (Secular) leader, HD Kumaraswamy would be the next CM of the Congress supported JD(S) Government in the state.

Siddaramaiah has also quashed rumours that a section of the MLAs of his party were unhappy over him joining hands with the JD(S), terming them as 'baseless rumours'.

In the elections, the BJP claimed 104 seats, emerging as the single largest party, while the Congress, with 78 seats, was in the second position.

Former Prime Minister HD Deve Gowda-led JD(S) party was in third in those terms with 37 seats.

Apart from this, Bahujan Samaj Party (BSP), Karnataka Pragnyavantha Janatha Party both won one seat each.

Remaining one seat went to an Independent candidate.

Elections in two assembly constituencies had been deferred.

A party or an alliance needs 112 seats to form the government in Karnataka.

As the results of the poll in the state have left the assembly in hung, the final decision will be taken by the Governor Vajubhai Rudabhai Vala.