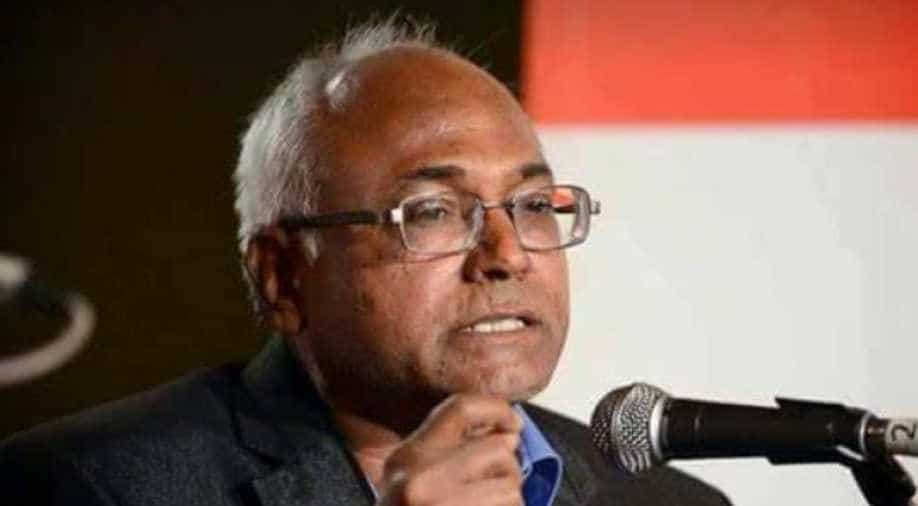 Social Smugglers -- Vysyas has generated tremendous controversy ever since it was released a few days ago, with the Arya Vysya community taking deep offence to it. Photograph:( Facebook )

A case has been registered against the writer and activist Kancha Ilaiah.

The booklet has generated tremendous controversy ever since it was released a few days ago, with the Arya Vysya community taking deep offence to it. (Police have had to provide Ilaiah security at his Hyderabad home.)

In interviews, Ilaiah has tried to explain his concept of "social smuggling".

He recently told the Sunday Times of India: "The notion of social smuggling, which I coined in my book Post-Hindu India, is meant to capture the idea of cultural and economic exploitation. From the post-Gupta period onwards, one caste controlled business. The banias or vysyas alone had that right, as per the Manusmriti, and as decreed by the Gupta rulers.

"Smuggling is a process of illegally taking away goods and commodities or wealth out of a nation's borders. Social smuggling, as I define it, draws wealth, grain, goods and commodities from all the productive (agrarian and artisanal) lower castes, into the boundaries of the bania caste. The bania business often involves deceptive mechanisms while buying and selling, which is called dandekottuta in Telugu. The lower the caste, the higher the level of exploitation by the shahukars at the village level. At higher levels, non-banias are either not allowed to enter business, or not allowed to survive in it. Bania social relations with others were/are very negative, without any element of "moral sentiments", as Adam Smith would describe it. This is what leads to massive poverty among the lower castes and massive wealth in the hands of bania business and industry."