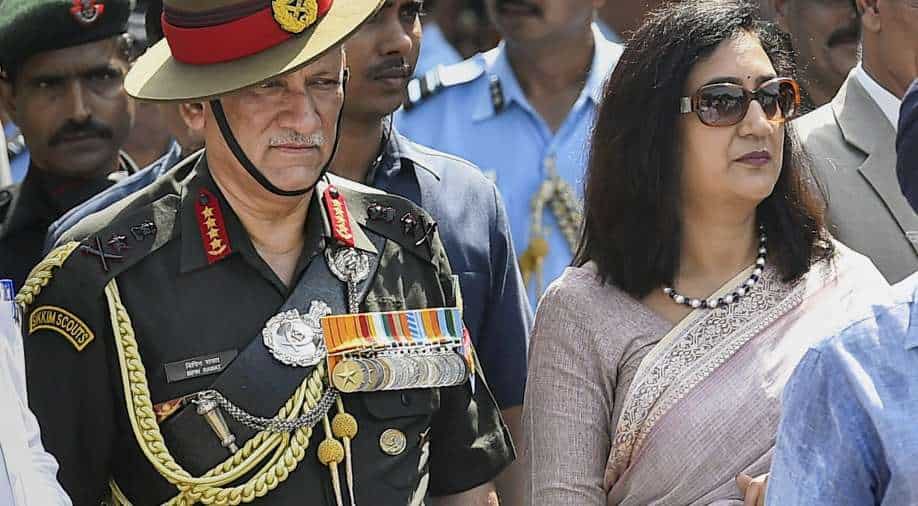 India's Chief of Defence Staff General Bipin Rawat, his wife Madhulika Rawat and 11 others died on Wednesday after an Indian Air Force helicopter carrying them crashed near a forest area in Coonoor in the southern state of Tamil Nadu.

With deep regret, it has now been ascertained that Gen Bipin Rawat, Mrs Madhulika Rawat and 11 other persons on board have died in the unfortunate accident.

"With deep regret, it has now been ascertained that Gen Bipin Rawat, Mrs Madhulika Rawat and 11 other persons on board have died in the unfortunate accident," the Indian Air Force said in a tweet.

The mortal remains of Rawat and his wife along with other Armed Forces personnel killed in the chopper crash are expected to arrive in the National Capital Delhi by Thursday evening, reports news agency ANI.

Group Captain Varun Singh, the lone survivor of the helicopter crash, is currently under treatment at Military Hospital, Wellington, Indian Air Force said in a statement.

According to reports, the Mi-17V5 helicopter got airborne from Sulur for Wellington and there were 14 people on board the chopper including the crew.

The IAF said a Court of Inquiry has been ordered into the accident.

According to reports, Singh has already briefed Prime Minister Narendra Modi about the crash and the Indian Air Force chief has been asked to reach the site.

In view of the situation following the tragic crash, Prime Minister Narendra Modi has scheduled a meet of the Cabinet Committee on Security, involving top military brass and the government.

The meet, which will be attended by Rajnath Singh and Home Minister Amit Shah among others, will begin at 6.30 pm

Singh is also likely to make a statement on the incident in Parliament on Thursday.