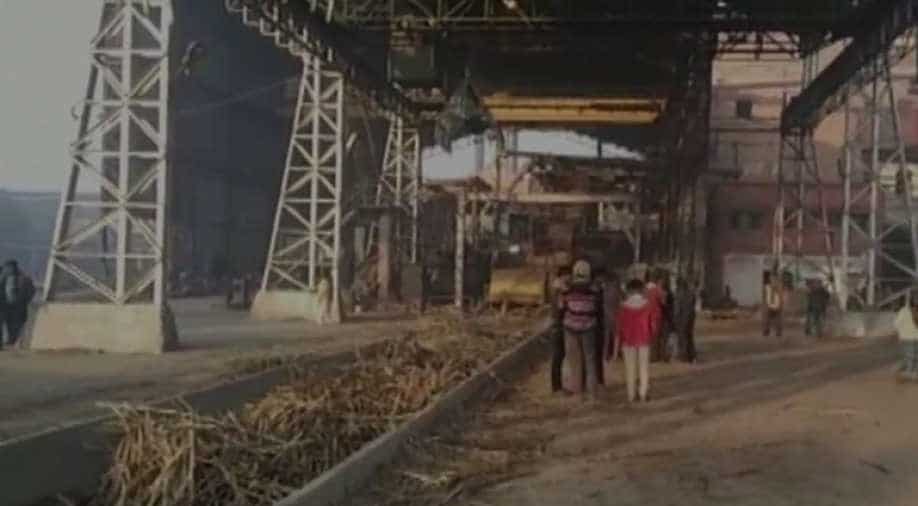 Police have arrested the owner of the sugarmill. Photograph:( ANI )

Five labourers were killed and several others injured in a blast in a boiler at a sugar mill in Bihar's Gopalganj district today.

The blast occurred at the Sasa Musa sugar mill.

The owner of the mill has been arrested.

Bihar Chief Minister Nitish Kumar has announced compensation of Rs four lakh each for the next of kin of those who have lost their lives.