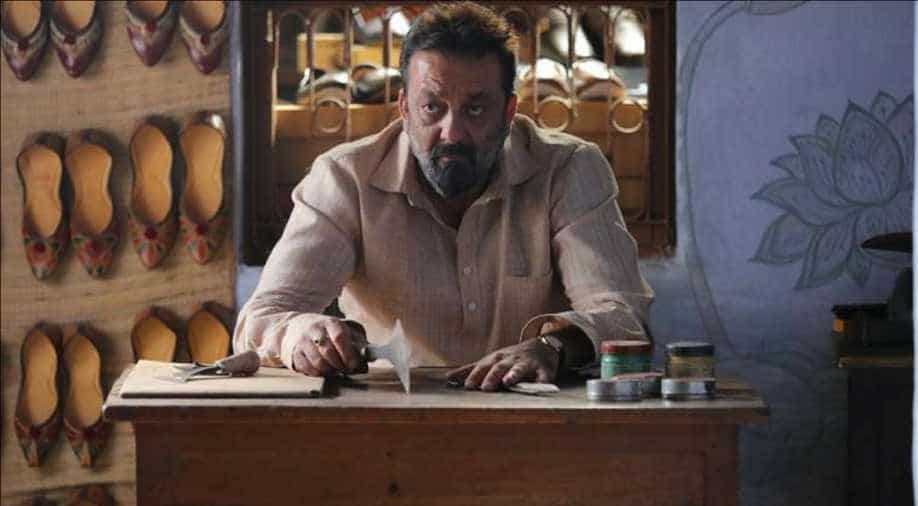 The film recorded a decent opening with the first day collections of Rs. 2.25 crore. Photograph:( Twitter )

With some good reviews from critics, the movie, however, faces a stiff competition from two Bollywood and one Hollywood movies. Shraddha Kapoor's "Haseena Parkar", based on the life of Don Dawood's real sister is expected to give a serious fight along with India's Oscar entry "Newton" starring Rajkummar Rao.

Also up for release this week is Hollywood movie "Kingsman: The Golden Circle" which is also expected to eat into some of the Bhoomi's audience share if not all.

Speaking of tough competition in a statement, trade analyst Girish Johar said, “All three films will perform well. End of the day, it all depends on the content. If three films have good content, they have excellent chances of survival at the box office.

"Kingsman: The Golden Circle", which features Colin Firth, might stand as a huge competition. The western media has already praised the film. It is likely to gain a lot of viewers from the metropolitan cities.”

Meanwhile, this is what some of the movie goers feel about Sanjay Dutt's "Bhoomi":

on the other SIDE #Newton emerges as HIT

I absolutely loved that bond that #bhoomi shared with her Baba! @aditiraohydari and @duttsanjay make the cutest father daughter pairing!

Wow!! Just watched #Bhoomi
What a comeback @duttsanjay love you Baba and the way you call @aditiraohydari “betu” Loved it!!

For all men who think you are superior then a women, its time to update your definition for manhood #Bhoomi ???? @aditiraohydari @duttsanjay