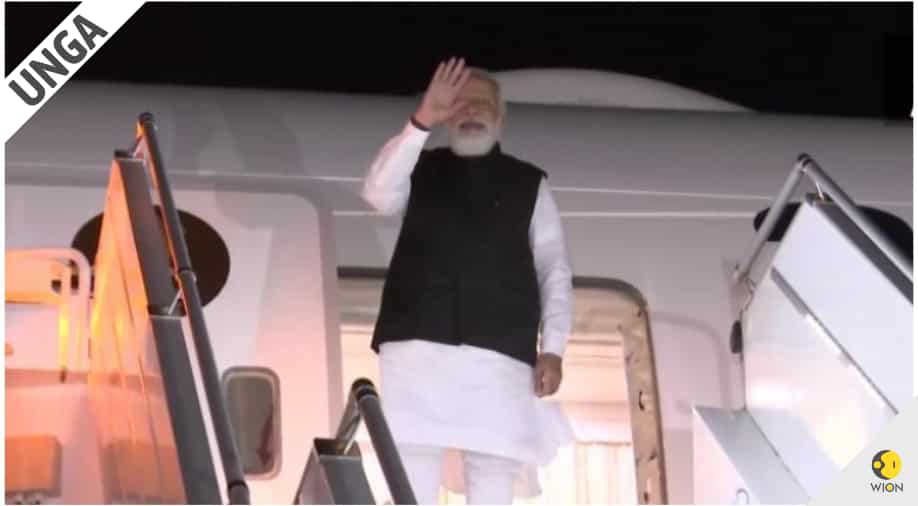 PM Modi on his arrival in New York Photograph:( ANI )

Indian Prime Minister is set to address United Nations General Assembly (UNGA) in New York shortly. For viewers in India, here is when and how to watch

The meet started a few days ago and several world leaders have already addressed the assembly, such as Imran Khan, Jacinda Ardern, Scott Morrison, Yoshihide Suga and many more.

After conducting bilateral meetings with Australia’s Scott Morrison, Japan's Yoshihide Suga, US President Joe Biden and a Quad summit, the Indian Prime Minister is set to address the assembly in the next few hours.

When and where to watch

PM Modi will address the UNGA at 6:30 pm IST. The speech will be live streamed on several social media platforms.

Viewers can stream his speech from PM Modi’s official YouTube channel, which will telecast the speech live directly from New York. The YouTube channel is: https://youtu.be/sHKkstG4z4k

In addition to this, Twitter has also been holding live telecasts of the entire session, and has streamed speeches of almost all world leaders addressing the assembly. Viewers can also click on 'live' on Twitter to watch the speech in real time.

United Nations will also be uploading clips, along with live sessions, of Modi's speech on its YouTube channel.