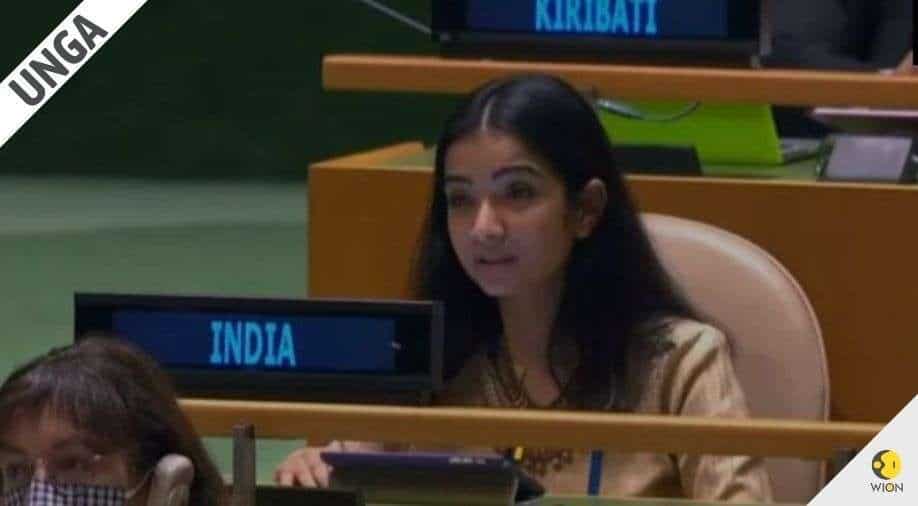 "Regrettably, this is not the first time the leader of Pakistan has misused platforms provided by the UN to propagate false and malicious propaganda against my country, and seeking in vain to divert the world's attention from the sad state of his country where terrorists enjoy free pass while the lives of ordinary people, especially those belonging to the minority communities, are turned upside down," said Dubey.

"Member States are aware that Pakistan has an established history and policy of harbouring, aiding and actively supporting terrorists. This is a country that has been globally recognized as one openly supporting, training, financing and arming terrorists as a matter of State policy. It holds the ignoble record of hosting the largest number of terrorists proscribed by the UN Security Council," she added.

She said that Imran Khan statements were an attempt to "spew falsehoods". She also slammed him for commenting on internal matters of India.

"We exercise our Right of Reply to one more attempt by the leader of Pakistan to tarnish the image of this august forum by bringing in matters internal to my country, and going so far as to spew falsehoods on the world stage," she said.

Imran Khan, in his virtual address claimed that Pakistan wanted peace with India but put the onus on India.

"The onus remains on India to create a conducive environment for meaningful and result-oriented engagement with Pakistan," Khan's statement read.

"We marked the solemn occasion of the 20th anniversary of the 9/11 terror attacks a few days back. The world has not forgotten that the mastermind behind that dastardly event, Osama Bin Laden, got shelter in Pakistan. Even today, Pakistan leadership glorify him as a martyr," she said.

Dubey further said, "Regrettably, even today we heard the leader of Pakistan trying to justify acts of terror. Such defence of terrorism is unacceptable in the modern world."

Calling Pakistan "arsonist disguised as fire-fighter" she countered Pakistan's usual claim of being a victim of terrorism.