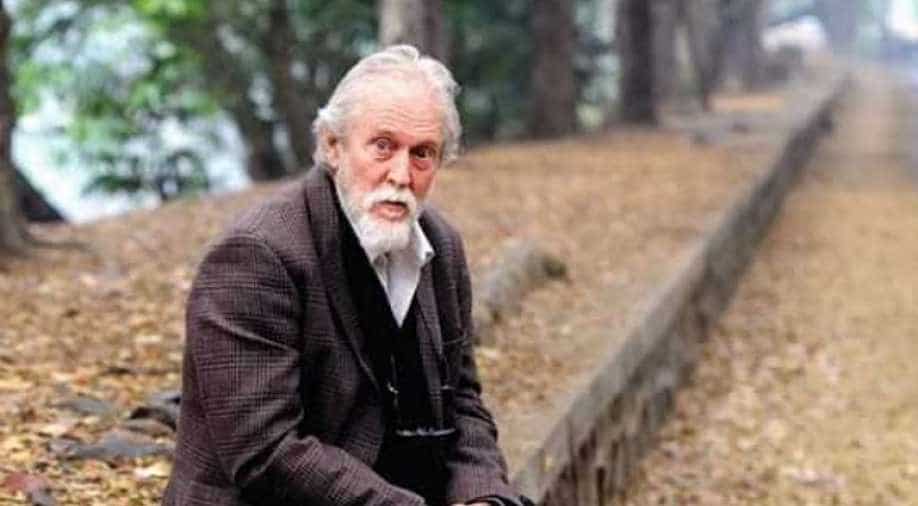 The actor Tom Alter has died in Mumbai at the age of 67.

Alter had been suffering from skin cancer.

"It is with sadness we announce the death of Tom Alter, actor, writer, director, Padma Shri, and our dear husband and father," a statement from his family read.

The tributes for Alter poured in from far and wide.

Devastated to hear of my friend Tom Alter’s death. We first met in 1973 on the cricket field, he playing for Mussoorie, me for Dehradun.

RIP. My friend and colleague Tom Alter. Bless you! pic.twitter.com/7JSWK0Qbww

A little tribute to #TomAlter I wrote some days ago. https://t.co/2iQGcqP2qh

Alter acted in over 300 movies and numerous TV shows.

It was reportedly the movie Aradhana, starring Rajesh Khanna and Sharmila Tagore, that prompted him to start studying at the Film and Television Institute of India.

His first film was Ramanand Sagar’s Charas in 1976.

He also showed up in Aashiqui, Parinda, Sardar Patel, and Gandhi.

His TV shows included the long-running Junoon in which he played the mob boss Keshav Kalsi. Others included the delightful Bharat ek Khoj, written and directed by Shyam Benegal and based on the book by Jawaharalal Nehru -- A Discovery of India.

Alter also did theatre, and tried his hand at directing.

He also had a stint as a sports journalist.

He was the first person to interview Sachin Tendulkar for TV. That was when Sachin was 16 and had not yet debuted for India.

Despite his love of cricket, Alter was of American parentage.

His parents were missionaries.

Alter went to school at Woodstock in Mussoorie, and then attended Yale University in the US for a year -- he reportedly did not like the academic rigour -- before returning to India.