If we had worked according to old ways, then Article 370 would never have been abrogated, says PM Modi in Lok Sabha 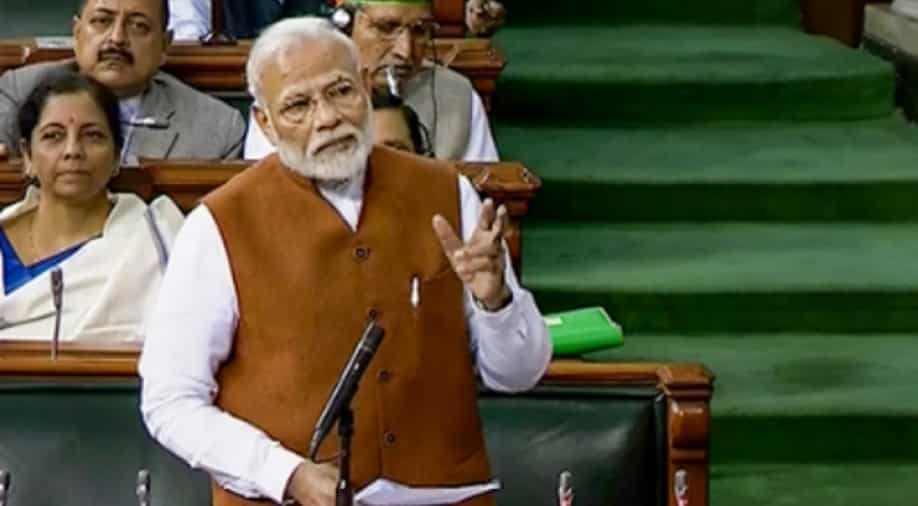 Prime Minister Narendra Modi while replying to the Motion of Thanks on the President's address on Thursday in the Lok Sabha said "if we worked according to the old ways then the Ram Janmabhoomi issue would have remained unresolved".

"Citizens of India have not only changed the Sarkar(government). They want the "sarokar"(concern) to be changed as well."

"If we had worked according to the old ways and thoughts then Article 370 would never have been abrogated," he said, adding,"Muslim women would have kept suffering due to Triple Talaq."

The prime minister said President Kovind had highlighted the vision of New India and his "address comes at a time when we enter the third decade of the century."

"President's address instills a spirit of hope and presents a roadmap for taking the country ahead in future," the prime minister added.

Highlighting issues related to India's north-east, PM Modi said: "For years, distance became a reason to ignore the Northeast region. Things have changed now. The Northeast is becoming a growth engine. Excellent work has been done in so many sectors and ministers and officials are regularly visiting the region."

The prime minister also thanked Adhir Ranjan Chowdhury Kiren Rijiju for their efforts to promote the "Fit India" movement. "He also does gymming while delivering his speeches," the prime minister joked.

"India can no longer wait for problems to remain unsolved. And, rightfully so. That is why our target is speed, scale, determination and decisiveness, sensitivity and solution," India's prime minister asserted.