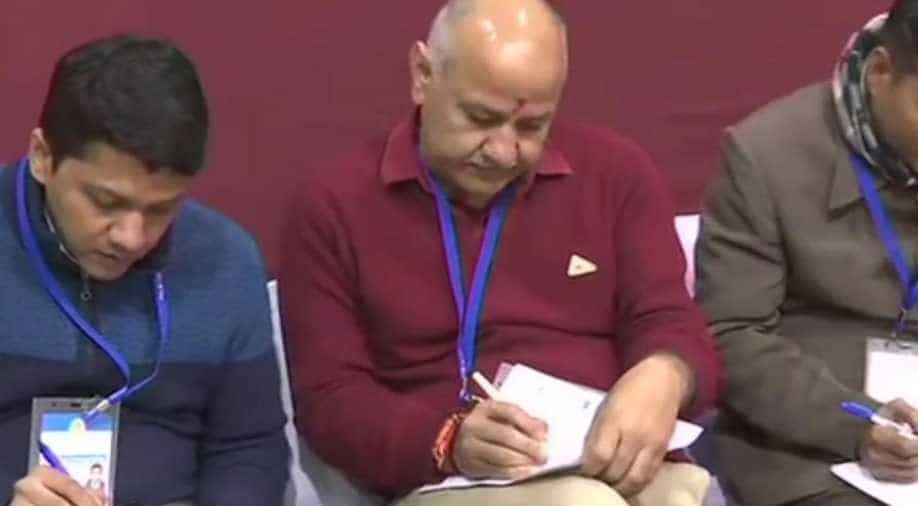 Television reports stated that APP was leading in 41 seats followed by BJP which leads in 20 seats.

With the counting underway for Delhi Assembly elections, the early trends showed Aam Aadmi Party (AAP) was leading in 22 seats while Bharatiya Janata Party (BJP) in 14 seats, according to the official website of the Election Commission.

Meanwhile, television reports stated that AAP was leading in 41 seats followed by BJP which leads in 20 seats.

The counting of votes for 70 seats of the Delhi Assembly began amid tight security at 8 am today.

Delhi went to polls in a single-phase on February 8.

The results will determine the fate of the Arvind Kejriwal-led AAP government.

AAP, BJP, Congress, JDU are the main political parties in the fray.

The primary fight is between the ruling AAP and the BJP which is seeking to make reentry into the state politics in the national capital after over 20 years.