12 dead as fire breaks out in Mumbai's Andheri East 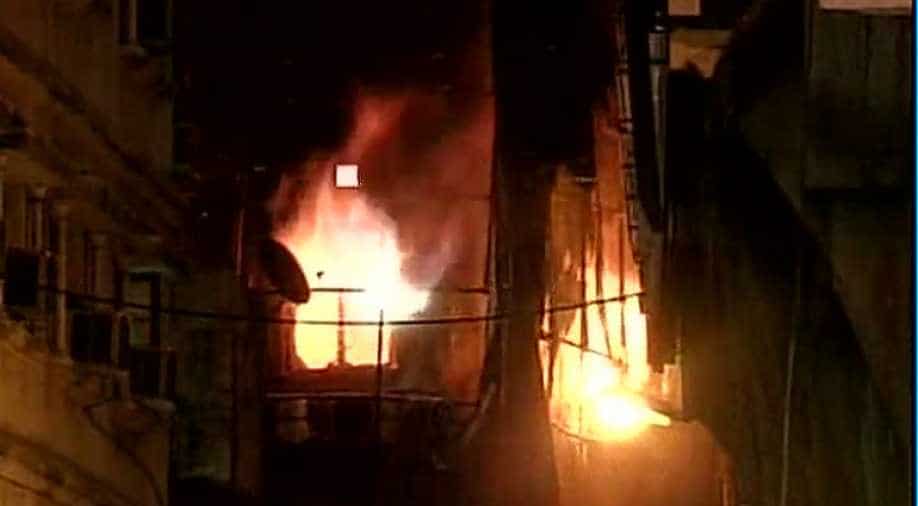 The fire spread to huge stock of eatables, cloth sheets and furniture, trapping many of the workers employed in the shop, according to the shop proprietor. Photograph:( Zee News Network )

As many as 12 people were killed and another half a dozen trapped in a major fire that engulfed a shop in Andheri East area here on Monday.

According to the BMC Disaster Control, the blaze was reported in the Bhanu Farsan shop on Khairani Raod, near Laxmi Narayan Temple of Sakinaka, around 4.15 am.

The structure, said to be around 200 feet in area, came crashing down later.

12 people dead in a fire that broke out at a shop on Khairani road in #Mumbai in early morning hours pic.twitter.com/lhzlgG7xDX

The fire spread to the huge stock of eatables, cloth sheets, and furniture, trapping many of the workers employed in the shop, according to the shop proprietor.

The cause of the fire is yet to be ascertained, but around five to six workers managed to escape to safety, eyewitnesses said.

Three fire-tenders, four jumbo water tankers, and ambulances fought the blaze which was extinguished within a few minutes but left a huge trail of deaths and destruction.