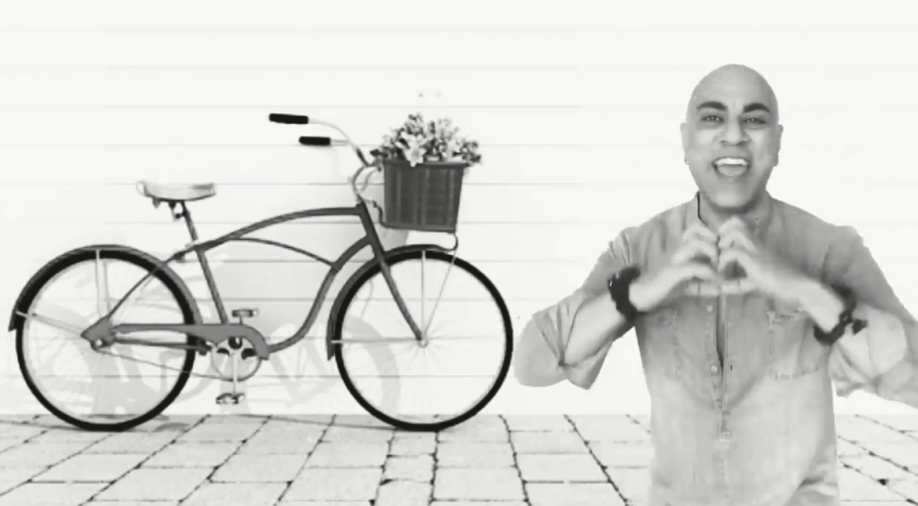 Baba Sehgal in a screenshot from the video of his Hindi version of the Kiki Challenge. Photograph:( Facebook )

If you haven’t heard and thought of attempting the “Kiki Challenge”, then you must surely be living under a rock or seriously don’t like consuming the social media.

As people all over the world including celebrities like Will Smith, Dua Lipa, Millie Bobby Brown amongst many more and not excluding our very own ‘desi’ stars attempt internet’s hot favourite -- there’s one Indian musician who is giving a new meaning to the challenge.  You have to hear and watch his video to believe it for real!

Back at making magic with music (for those who like distorted versions of a popular song), Baba Sehgal has a new take on the challenge. He has made a Hindi cover of Drake’s song ‘In My Feelings’ with a full on video that even has a bicycle in the background (because we all need some originality right)

His cover starts with: “Kiki kyun pilai, tune shaam ko, woh chai pheeki.” (literally translated as Kiki, why did you serve me tasteless tea in the evening)

Enough with the sarcasm, listen to the song at your own risk:

For those who don’t know, Mumbai police and Delhi police have already issued a warning and advisory against attempting the challenge as it hampers traffic and is not safe to attempt on roads. However, people continue to attempt the challenge and post videos on the net.