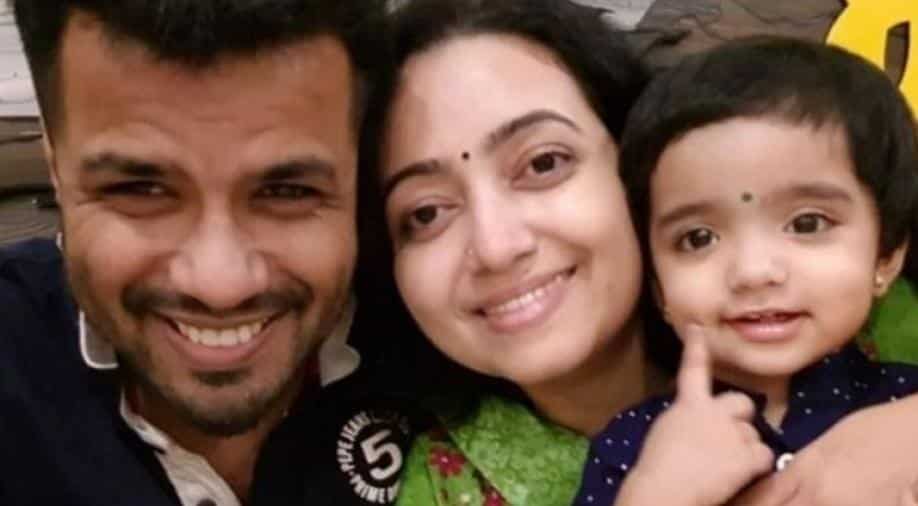 File image of Balabhasker with his wife and daughter. Photograph:( India.com )

The driver lost control of the vehicle which hit a tree in the early hours of Tuesday.

Noted violinist Balabhaskar and his wife were critically injured when the car they were travelling in rammed into a roadside tree at Pallippuram near Thiruvananthapuram on Tuesday. The accident proved to be fatal for the couple's two-year-old daughter.

According to the police, the accident occurred when the family was returning home from Thrissur in their car.

The driver lost control of the vehicle which hit a tree in the early hours of Tuesday.

The musician's daughter, Tejaswini Bala (2) was declared brought dead by the private hospital, where Balabhaskar, his wife and car driver are undergoing treatment for injuries.

Balabhaskar is known for his stage performances in and outside Kerala. Balabhaskar became the youngest musician to compose for Malayalam film at the age of 17 for the movie Mangalya Pallakku. He has collaborated with many big names including Ustad Zakhir Hussain, Sivamani, Louis Banks, Vikku Vinayakram, Hariharan, Mattannoor Sankarankutty, Ranjit Barot and Fazal Qureshi.