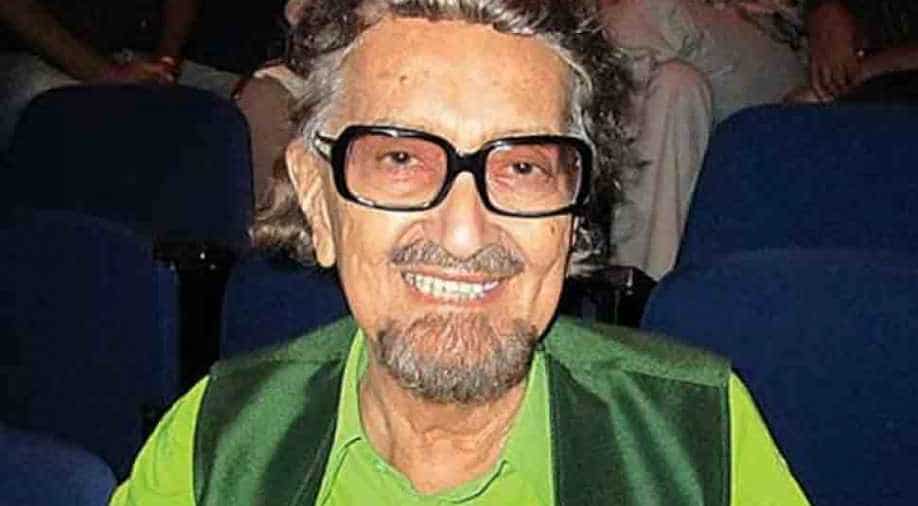 He also played the role of Jinnah in the Richard Attenborough's award-winning film 'Gandhi' and was also awarded the Padma Shri award in 2000.

Padamsee was the former Chief Executive of advertising firm Lintas in India and helped it to become one of the top creative agencies in the country. He later became the regional coordinator for Lintas in South Asia.

He will be best remembered for iconic campaigns such as 'Lalitaji' for Surf, 'Cherry Charlie' for Cherry Blossom Shoe Polish, MRF's 'Muscle Man', the Liril girl in the waterfall and 'Hamara Bajaj' for the auto major.

He also played the role of Jinnah in the Richard Attenborough's award-winning film 'Gandhi' and was also awarded the Padma Shri award in 2000.

Condolences started pouring in on Twitter for the ad and theatre veteran and were led by President Ram Nath Kovind, who tweeted, "Sorry to hear of the passing of Alyque Padamsee, creative guru, theatre personality and doyen of our ad industry. My condolences to his family, friends and colleagues."

"Saddened to learn that Alyque Padamsee is no more. Alyque was a renowned actor & activist who shared my love for Mumbai. We worked together on several initiatives & despite his age & ill health, I always found him energetic & uncompromising in pursuit of his ideals. RIP," Congress leader Milind Deora tweeted.

Photographer Atul Kasbekar also tweeted, "Saddened to hear of the passing of advertising doyen #Alyque Padamsee When he was head of Lintas he'd given me some of my early breaks in advertising photography. Ever grateful for the break and opportunity."

Trinamool Congress (TMC) leader Derek O'Brien tweeted, "Goodbye, Alyque Padamsee. #RIP For our generation, you were the #advertising Creative Director we could only aspire to be. Your Big Ideas (like this commercial) will live forever." He tagged an Liril soap advertisement.

Aam Aadmi Party (AAP) leader Preeti Sharma Menon said, "I am deeply saddened by the demise of Alyque Padamsee. The world knows him for his creative abilities but I know him for his values, for his ability to stand up for causes, his ability to inspire people to fight for justice."

"A mentor to the Aam Aadmi Party, he will be sorely missed by us. He was always there to help us strategize and help us communicate better. I pray he is at peace and pray for strength to all those will be deeply saddened by his loss," she added. PTI DS AA VT NP SMN SMN