Tanushree Dutta slapped with legal notices from Nana Patekar and Vivek Agnihotri, claims threats being made by MNS party 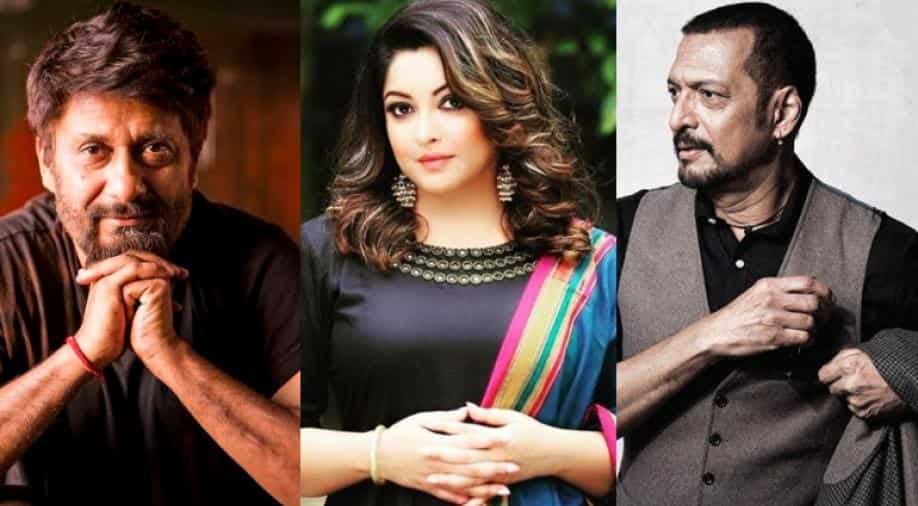 Tanushree Dutta's allegations against Nana Patekar and Vivek Agnihotri have ruffled Bollywood with some stars coming out in support of the actress while others maintaining a stoic silence.

The actress has been sent legal notices by both Nana Patekar and Agnihotri and in a statement, Dutta has claimed that she has been receiving threats from MNS party.
“I have been slapped with two legal notices. One from Nana Patekar and another from Vivek Agnihotri. This is the price you pay for speaking out against harassment, humiliation and injustice in India. Both Nana's and Vivek Agnihotri's teams are on a smear campaign against me by constructing outright lies and misinformation on social media platforms and other public platforms," Dutta said in a statement.

Dutta also revealed that two unidentified men tried to break into her house recently. "Their supporters are coming ahead and weaving damming allegations against me even shouting at the top of their voices at press conferences. Today while I was at home and the police personnel posted outside my home were on a lunch break two unnamed suspicious individuals tried getting into our home uninvited but were stopped just in time by security personnel in the building. Violent threats are being issued against me by the MNS party. I'm being threatened to be dragged into the court and legal system of India," stated Tanushree.

Tanushree Dutta accused Nana Patekar of sexually harassing her on the sets of 'Horn Ok Pleassss'. The actress has also alleged that Nana Patekar, the film's producer and director then sent goons to vandalise her car.

The actress also has alleged that Vivek Agnihotri had asked her to take off her clothes and dance in front of co-actor Irrfan Khan on the sets of 'Chocolate' and Khan and Suniel Shetty had spoken in her favour at that time.