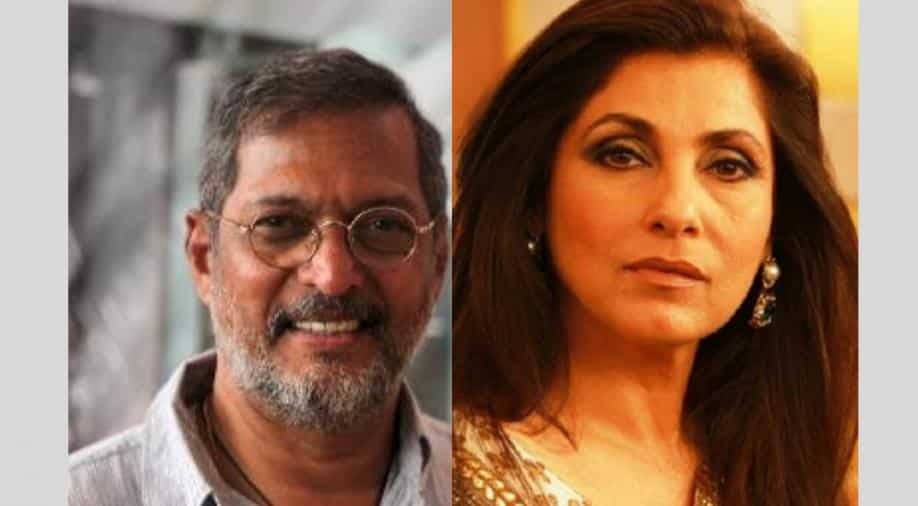 In an interview with a news channel, Dimple Kapadia in 2010 said that working with Nana Patekar again was "obnoxious".

It does not look good for Nana Patekar as more stories of harassment and abuse come to fore. In a video that has resurfaced on the social media, Dimple Kapadia can be seen talking about Nana Patekar’s “dark side”. It started with beauty-queen turned actress Tanushree Dutta, in an interview, revealing that she was harassed on the sets of 2008 film ‘Horn Ok Pleassss.”

A lot of to and fro has happened ever since on media between the two parties with Nana denying all charges and Tanushree sticking to her statement. She has also accused director Vivek Agnihotri of abuse on the sets of another film.

Tanushree has gone to explain in detail what happened and what took so long for this to come out. Actually, she did tell in an interview back in 2008, what happened with her on the film’s set but it wasn’t given media space, as it is being given now. Watch video of the attack on Tanushree's car as she walked out of the shoot.

Nana, meanwhile, claims to not have done anything and threatening to file a legal notice against her asking for an apology for these statements.

Coming to Dimple’s statement, the actress in an interview with NDTV channel is seen talking about her film ‘Tum Milo Toh Sahi’ in the year 2010.

In the video, Dimple addressing the question of how it was working with Nana, said he was “obnoxious.” When prodded to explain, Dimple looks uncomfortable but said, “As far as his talent goes, there's no match to him. He is an extremely talented man. When I see talent like him, sau khoon bhi maaf hai. Sab kuch maaf hai. Meri jaan bhi lelo (A hundred murders, everything is forgiven. In fact, take my life too). That's the effect he has on me. But, as a person, with me, he has been very, very nice, kind and a good friend. But I have also seen his terrible side...the dark side. We all have a dark side which is nicely and safely kept aside."