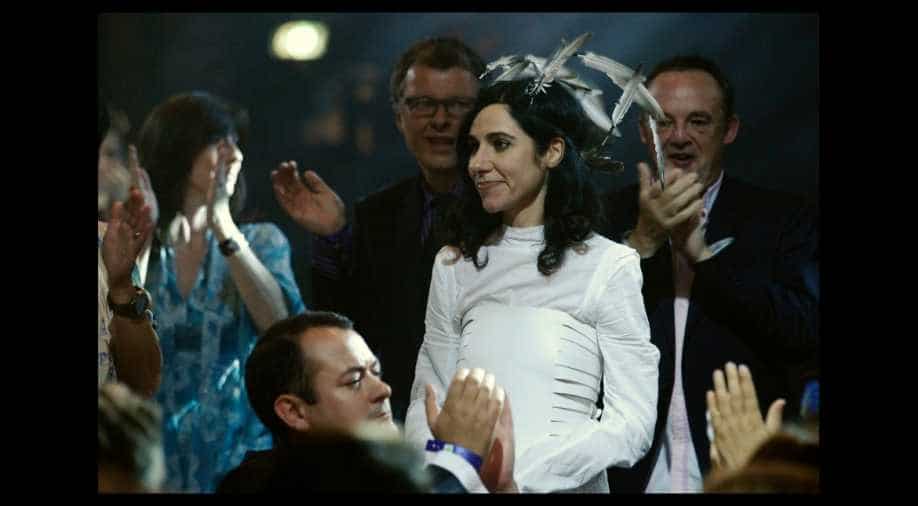 The documentary features traffic jams, a busy market and calls to prayer in Afghanistan while scenes from the United States include the congregation of a church weeping, a young boy telling of family members who have been shot in his neighbourhood and cheerleaders performing in the street.

Art rocker PJ Harvey visits a drum shop in Kabul, a war-damaged house with peeling wallpaper in Kosovo, and street rappers in Washington DC, seeking inspiration for an album in a new documentary showing at the Berlin Film Festival.

Directed by Seamus Murphy, 'A Dog Called Money juxtaposes scenes of Harvey observing and listening to local people make music or sounds during her travels - such as men chanting at a religious ceremony in Afghanistan - with shots of her replicating those sounds in a recording studio in London.

The documentary features traffic jams, a busy market and calls to prayer in Afghanistan while scenes from the United States include the congregation of a church weeping, a young boy telling of family members who have been shot in his neighbourhood and cheerleaders performing in the street.

"What initially drew me to Seamus's work and to track him down as a possible collaborator was his ability to get out of the way of the image, and let the image deliver its weight, uninhibited with a message or judgement," Harvey said.

"His work allows us as viewers to enter, contemplate and then extract meaning for ourselves," she added.

Murphy said Afghanistan and Kosovo seemed obvious places for him and Harvey to travel to since he was familiar with them from his earlier work and Washington appeared to complement those places as the centre of Western power that had played a role in deciding the fate of those countries.

"And then I thought, well OK, Washington - we think of the Capitol, we think of the White House, we think of democracy but what about the other side of D.C. ... the poverty? A large percentage of the population is African-American - what are their lives like?"

"So we went to (the neighbourhood of) Anacostia and we found a very different story to what you see on Capitol Hill - we saw things there and people living in situations that were far worse than Afghanistan and Kosovo," he added.

Murphy also said he wanted to make people think about the cliche that Afghans are starving and miserable all the time.

"My experience of Afghanistan, apart from terrible situations at times, is of a very buoyant people, a very hospitable people and people that have a lot of fun with each other so that's important, I think, to show that side," he said.

The documentary - one of around 400 films showing at this year's Berlinale - also shows people watching through one-way glazing as Harvey performs in a specially constructed recording studio.