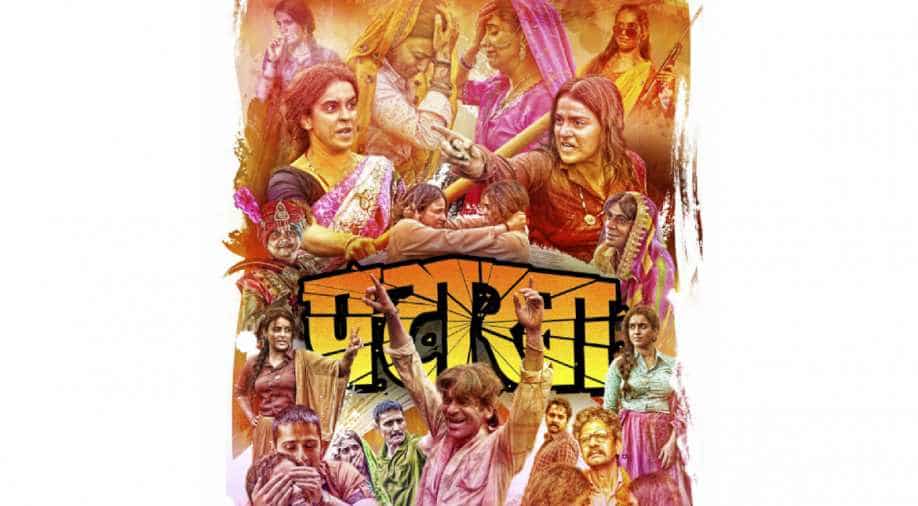 After a long gap, ace filmmaker Vishal Bhardwaj will be coming back on screen with his directorial next titled ‘Pataakha’. Based on Charan Singh Pathik’s short story titled ‘Do Behnein’, ‘Pataakha’ is comedy-drama revolving around the lives of two sisters who constantly fight, only to realise the love they have for one another after they are separated when one of the siblings gets married.

The director recently introduced the first look posters of his lead actors with a couplet on them. The couplet read: “Small firecracker, big explosion war begins on August 15” as Dangal girl, Sanya Malhotra looked fierce with a rifle in one hand and a ghoonghat (head covering).

Priyanka Chopra who has worked with Vishal in 'Kaminey' with Shahid Kapoor, shared the first look poster on her Twitter and congratulated the entire team. She wrote: “Presenting the first look of #Patakha! Congratulations @VishalBhardwaj and team. I can’t wait to watch this film sir…I know it will be awesome! Let’s show some loveeveryone!.”

Presenting the first look of #Patakha! Congratulations @VishalBhardwaj and team. I can’t wait to watch this film Sir... I know it will be awesome! Let’s show some love everyone! pic.twitter.com/8MXclT3gMl

The trailer of the film will release tonight and is expected to be a sure firework, coming from a celebrated director.