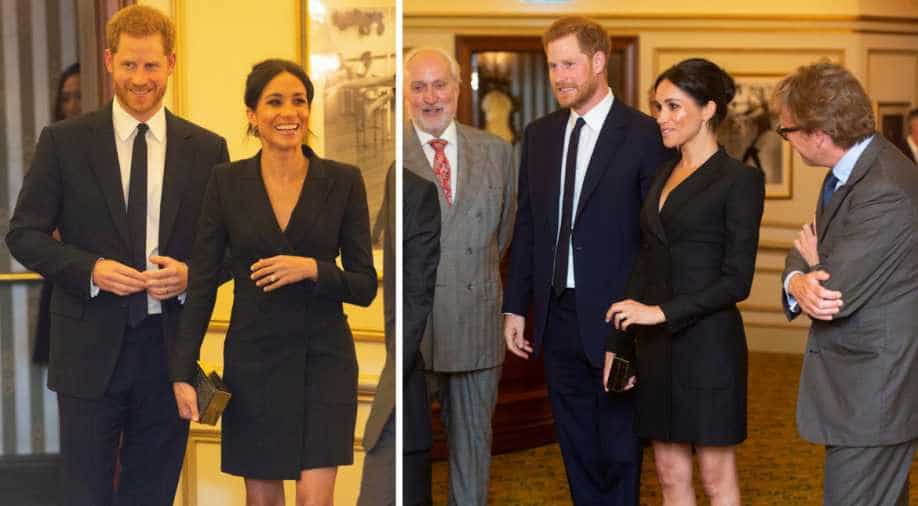 The Duke and Duchess of Sussex are pictured arriving for a gala performance of the musical 'Hamilton' in support of Sentebale at the Victoria Palace Theatre, London, Britain. Photograph:( Reuters )

Prince Harry and Meghan Markle attended a performance of the hit musical 'Hamilton'&nbspWednesday to raise money for a charity which works with children affected by HIV in southern Africa.

At the end of the show, Harry and the musical's creator Lin-Manuel Miranda planned to address the audience, according to a statement from Harry's Kensington Palace residence.

'Hamilton'&nbspis an unconventional take on the life of Alexander Hamilton, one of the founding fathers of the United States, blending, hip-hop and rap, rhythm and blues and ballads.

The London production, housed in the refurbished Victoria Palace Theatre, is the show's first foray outside of the United States after successful runs in Chicago, San Francisco and Los Angeles as well as Broadway in New York.

Duke and Duchess of Sussex got married in May this year. The couple has taken up their official engagements seriously.