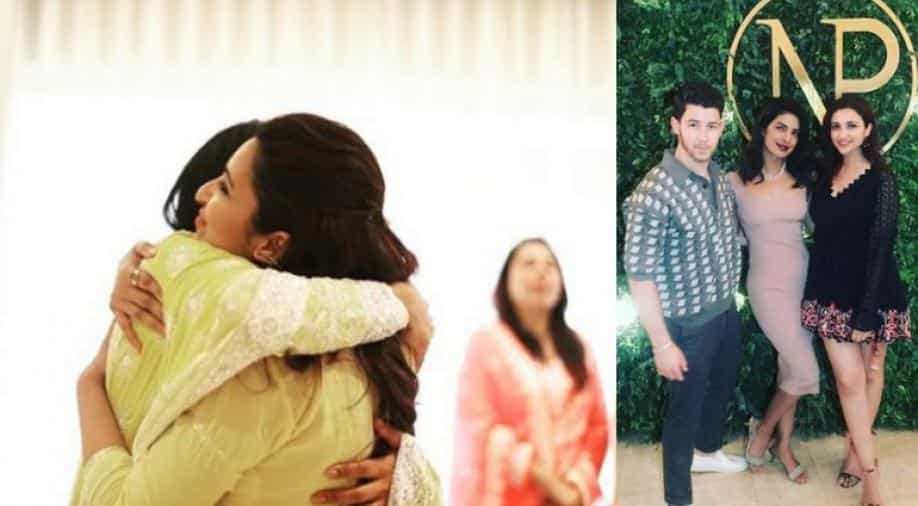 Parineeti Chopra got teary eyed when she first got to know about her sister Priyanka Chopra's engagement to Nick Jonas.

In an interview to a film magazine, Parineeti revealed that Priyanka Facetimed with her at 3 am soon after Nick popped the question. "The day he proposed to her, it was her birthday. I got a missed call from her at 3 am. I knew she was holidaying. I Facetimed her. She showed me the ring and I almost fainted. Both Priyanka and Nick were there on call. They were like we had to tell you first. I started crying on the call. It became all emotional and beautiful," the actress recalled.

Parineeti was all praises for her future brother-in-law and said, "Nick had come to India to ask Badi Mama (Priyanka's mother Madhu Chopra) for her consent. He's really a sweet and mature person, he came to seek permission.”

The actress had earlier vacationed in Goa with the couple in June when he came to India for the first time.

Priyanka and Nick met at the MET gala in 2017 and but started dating only earlier this year. They announced their engagement last month on their respective social media accounts.

On the work front, Parineeti is gearing up for the release of 'Namaste England' while Priyanka is currently filming for Shonali Bose's film.