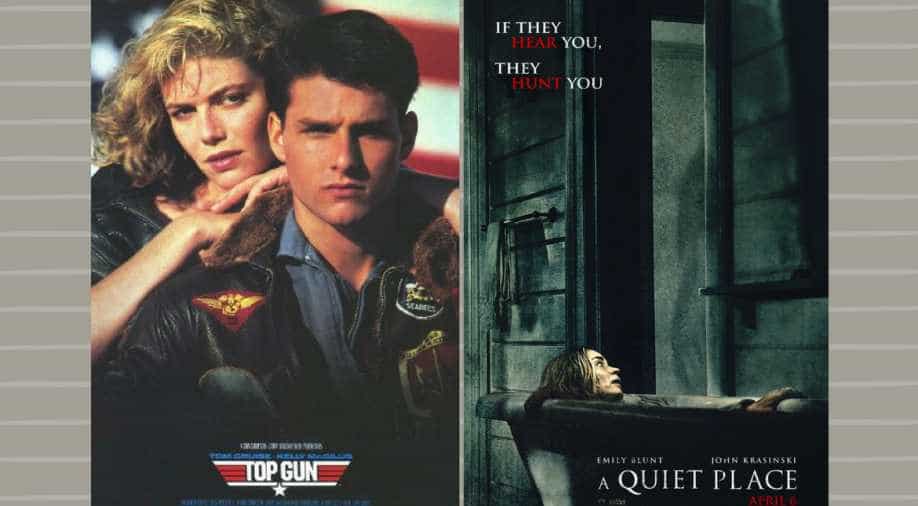 Posters of 'Top Gun' and 'A Quiet Place'. Photograph:( Others )

For Tom Cruise’s next ‘Top Gun’ film, Paramount announced dates shift by almost a year -- from July 12, 2019, to June 26, 2020. The extra time taken will go in planning logistics of presenting flight sequences in the film with new technology and planes.

The sequel will showcase a world of drone technology and explore the end of the era of dogfighting. Cruise will portray the role of a flight instructor in ‘Oblivion’ helmer Joe Kosinski. The scripting is done by Peter Craig, Justin Marks, and Eric Warren Singer.

Jerry Bruckheimer, who produced the first movie with the late Don Simpson, will produce this too with Cruise.

Meanwhile, they also announced dates for release of sleeper hit ‘A Quiet Place’ sequel. The horror film will release on May 15, 2020. The first starred John Krasinski and Emily Blunt. It was basically about an isolated family of four that must live in silence while hiding from creatures that hunt by sound.

Currently, the sequel’s script is being worked upon.