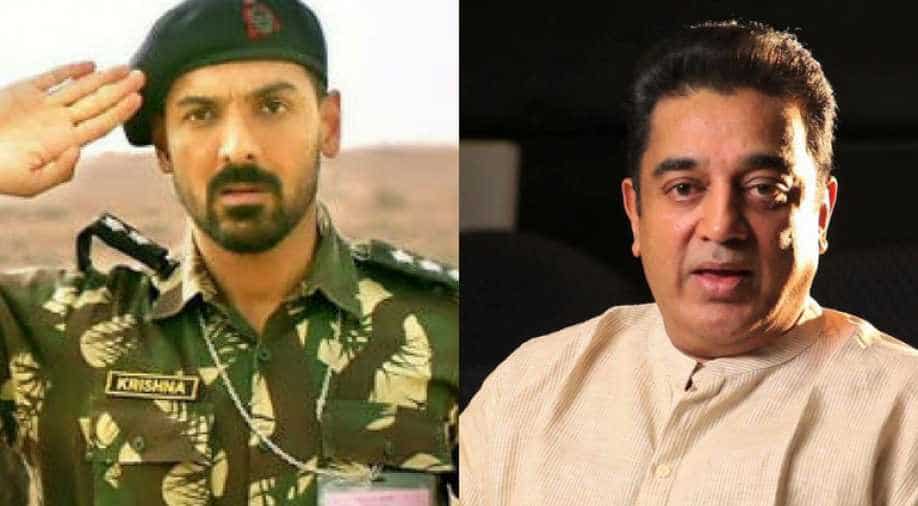 As India celebrates her 72nd Independence Day, film personalities such as Kamal Haasan, Shabana Azmi and John Abraham, have expressed concern over the state of affairs in the country on the issues of women's safety and human rights violation.

"... This is 70 years of slow progress. Celebrations we will do when we achieve the targets. Political parties celebrate everything because they want to sell tickets.

"If we have not done that then what independence we are talking about? It is first year of independence that is what I am celebrating and mourning," Haasan told PTI.

Abraham is happy with the economic growth of the country but is saddened about the safety and security of women and animals in the country.

"As a democracy, we are magical and doing things which are fantastic and in terms of leadership, we are trying to clean up the system.

"The negative, I feel, is we have nurtured fringe elements from both sides, if you look at the communal space, that doesn't go well for the country. But the biggest negative is that this country isn't safe for women and animals. When you go out and someone asks, 'Hey is your country rape capital of the world?', it hurts."

Azmi is optimistic that things will change for the better.

"I feel things are looking up. But it is also bad. India is such a country that is living in several centuries simultaneously so there are so many contradictions," she said.

Bajpayee said women's safety has always been a concern for the country and it seems no government is in a mood to address it.

"Women's safety, animal welfare, human rights welfare, all these things are becoming a 'no-issue' for any government. It is a worrying situation where culprits are let off. You feel ashamed with each and every rape of a child or woman. We feel ashamed and scared when human rights are taken away.

"It has happened during all the governments. It is high time for all of us put our voice forward strongly, if you don't do that, nothing will happen," he said.

Amitabh Bachchan, Ranveer Singh and Swara Bhasker, among others took to social media to wish the country on her Independence Day and weighed upon the meaning to be free nation.

Ranveer wrote on Twitter, "Our young nation is the very future of the world! #HappyIndependenceDay."

His 'Simmba' co-star, Sara Ali Khan, who made her Instagram debut today, said also wished fellow Indians on the birth of the nation.

"Freedom is never free. Let us salute all those who fought for our freedom and to those who fight for us day and night at the borders to keep us safe. Let us not take their sacrifices for granted and always work towards a better India. Happy Independence Day," he tweeted.

Freedom is never free. Let us salute all those who fought for our freedom and to those who fight for us day and night at the borders to keep us safe. Let us not take their sacrifices for granted and always work towards a better India. Happy #IndependenceDayIndia