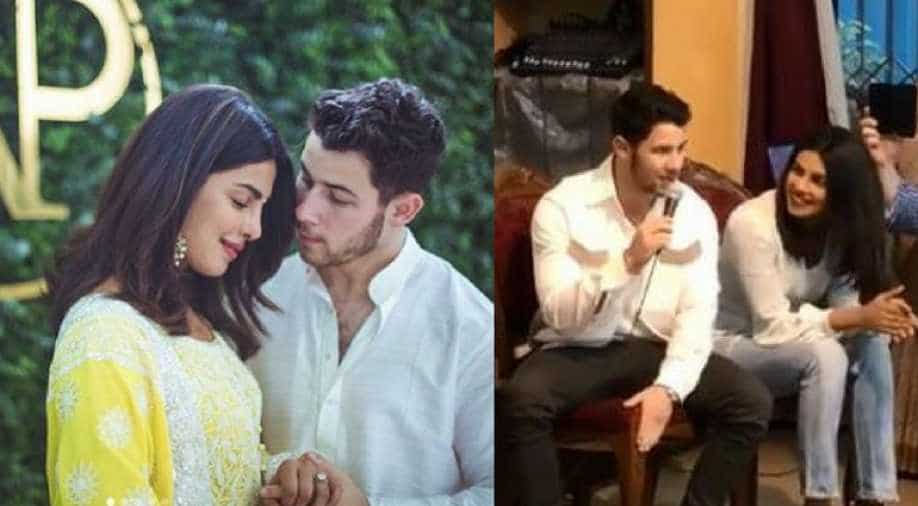 Priyanka Chopra was spotted leaving Mumbai last night in a bright yellow jacket as she was all smiles to go back to her second home in the United States. After a whirlwind display of romance with fiance Nick Jonas in the city, Priyanka has ceased to be out of the news as she continues to be in the spotlight, one way or another.

It’s now heard that Nick’s new single titled ‘Right Now’ that released on Friday, is inspired by his lady love. The fresh track is in collaboration with German musician Robin Schulz, as reported by a leading entertainment site. The song has catchy lyrics and is sure to reach the top charts in no time.

The song’s lyrics go like: "Right now, you know I miss your body, so I won't kiss nobody until you come back home". To anyone, that sounds like Nick was missing his fiancee who was till yesterday positioned in Mumbai and not New York where the lovers share a home.

In another line, Nick sings: “You are my water, my sun, my moon and stars Your heart is all I need"

Priyanka and Nick reportedly got engaged during former’s birthday celebrations in London on July 18. The couple then came to Mumbai as they threw a grand roka ceremony and post-engagement party for Priyanka’s Bollywood friends. Nick came with his parents to Mumbai for the function.

Priyanka was in Mumbai shooting for 'The Sky is Pink' with Farhan Akhtar.