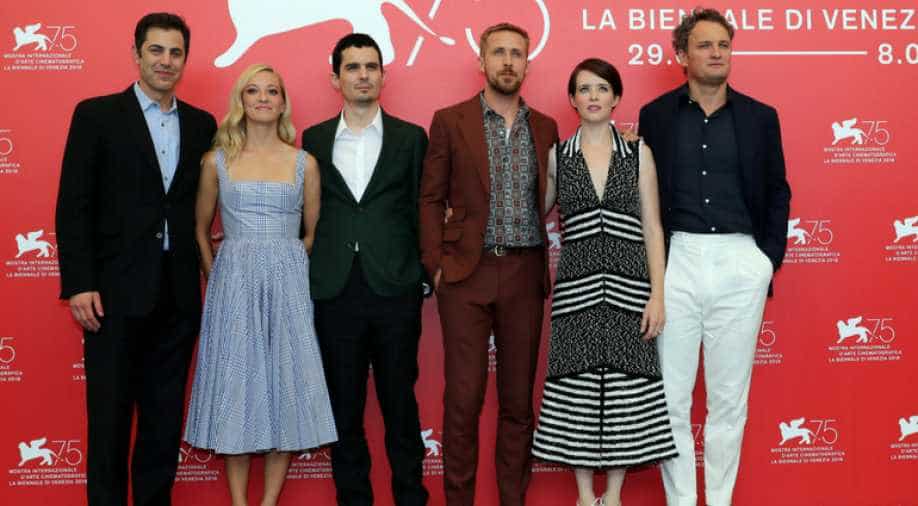 Neil Armstrong's sons and the director of a new biopic on the space hero are hitting back against criticism that the film is unpatriotic because of the lack of a flag-planting scene.

In a statement issued on Friday, Rick and Mark Armstrong said "First Man," starring Ryan Gosling, was intended to depict their father's journey to the moon and delve into "the man behind the myth."

"This story is human, and it is universal," the brothers said in their statement issued jointly with "First Man" author James Hansen. "Of course, it celebrates an American achievement. It also celebrates an achievement 'for all mankind,' as it says on the plaque Neil and Buzz (Aldrin) left on the moon."

The trio added they did not feel the movie was "anti-American in the slightest."

"Quite the opposite," they said. "But don't take our word for it. We’d encourage everyone to go see this remarkable film and see for themselves."

Gosling, who portrays Armstrong in the film, and director Damien Chazelle also hit back at criticism the movie was un-American for not depicting the iconic flag-planting.

"In 'First Man' I show the American flag standing on the lunar surface, but the flag being physically planted into the surface is one of several moments of the Apollo 11 lunar EVA that I chose not to focus upon," he said in a statement carried by Variety. "To address the question of whether this was a political statement, the answer is no.

"My goal with this movie was to share with audiences the unseen, unknown aspects of America’s mission to the moon -- particularly Neil Armstrong’s personal saga and what he may have been thinking and feeling during those famous few hours."

Among those who have criticized the film is failed presidential candidate and Republican senator Marco Rubio.

"This is total lunacy," he tweeted on Friday in reference to the absence of the flag planting. "And a disservice at a time when our people need reminders of what we can achieve when we work together. The American people paid for that mission, on rockets built by Americans, with American technology & carrying American astronauts. It wasn’t a UN mission."

"First Man" opened the Venice Film Festival this week and is set for release in US theatres on October 12.