National Sports Day: 5 lesser known athletes on whom biopics should be made 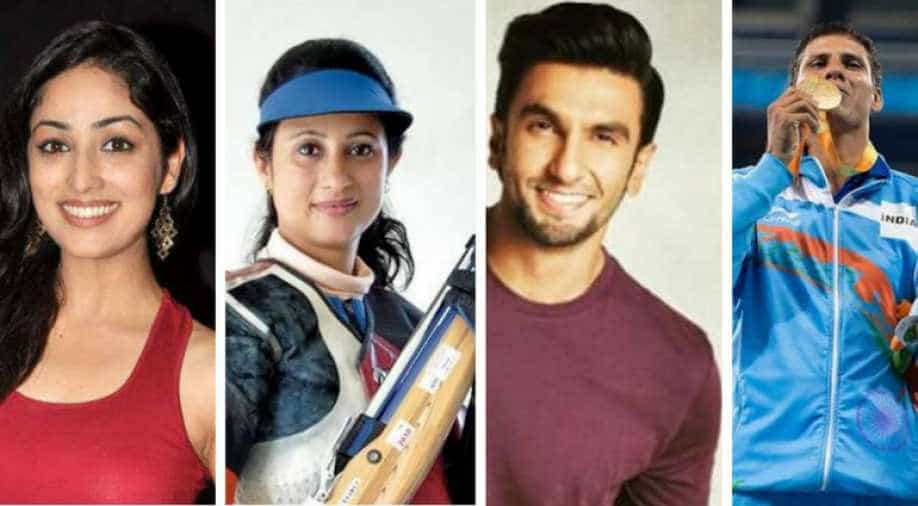 There are millions of other fantastic sportspeople who have brought in medals for the country but haven't got the much-deserved attention from the media. Photograph:( WION Web Team )

Sports biopics have become a huge part of Bollywood in the recent years. There have been films about boxers, track athletes and cricketers. There are a few more that are being planned in the pipeline but the norm of these biopics are to use a sportsperson who is known the world over and someone who has gained recognition for their work worldwide like Milkha Singh and Mary Kom.

There are millions of other fantastic sportspeople who have brought in medals for the country but haven't got the much-deserved attention from the media. Here are five such athletes who we think deserve all the praise in the world and the actors who we think would play their character effortlessly if a biopic is ever made on them.

Anjali Bhagwat- Yami Gautam: The only woman to have won a shooting world cup for India, Anjali Bhagwat is an ace shooter who went on to win many medals and broke quite a few records around the world for her shooting skills. She is also a two time Olympian. She has been at the forefront of promoting girls to get into sports and especially shooting. The story of Anjali deserves to be on celluloid because she has broken many stereotypes along with her records. We think Yami Gautam would ace this role because of their similar sunny dispositions. Devendra Jhajharia- Ranveer Singh: Paralympic athlete Devendra Jhajharia has not only won a gold medal for Javelin throw in the 2004 Olympics but is also the first differently abled player to win a Padmashree from the Indian government. He also won a gold for India at the 2016 Rio Paralympics. Considering Ranveer Singh transforms himself for every character he plays,. the actor would do justice to Jhajharia's story if a film is made on him. Filmmakers, please note. Dronavalli Harika – Kangana Ranaut: When one thinks of chess the only person that comes to mind is Vishwanathan Anand. Audiences never go beyond the international winner but one young girl has been blazing through the chess circuit both in India and internationally. At 27, Harika is already a grandmaster and has won three international Women’s chess championships. She is an Arjuna Awardee and is currently World No.5 in the women’s chess circuit. Her story needs to be told for audiences to realize that chess isn’t just a board game one plays, it is lifechanging for many young girls who take keen interest in it. Kangana Ranaut in a deglamourized role about one of India’s youngest chess player is something we believe audiences would love to watch. Tejinder Pal Singh Toor- Abhishek Bachchan: Currently, Tejinder Pal Singh Toor is making waves for winning the shot put gold at the Asia Games. But even though he is a gold winner not everyone knows that this sportsman also broke the Asian games record and India’s record for a shot put throw that was 20.75metres. This strappy young lad from Punjab has a different story where his father dragged him from cricket coaching and forced him into shot put. We think Abhishek Bachchan would be perfect to tell this young man’s story. Wouldn’t you agree? Yousuf Khan- Farhan Akhtar: Whenever FIFA happens Indian fans are left disappointed as their country doesn't qualify for the world cup. But that wasn’t always the case, India not only went to the Olympics with a football team in 1960 but also won the gold medal at the 1962 Asian Games after beating South Korea. Yousuf Khan was the player that got them that medal. The sports star passed away many years ago but it is a story one needs to see and Farhan Akhtar seems like the right guy for this role. Because he is great with biopics, a dedicated actor and is also a football player himself.