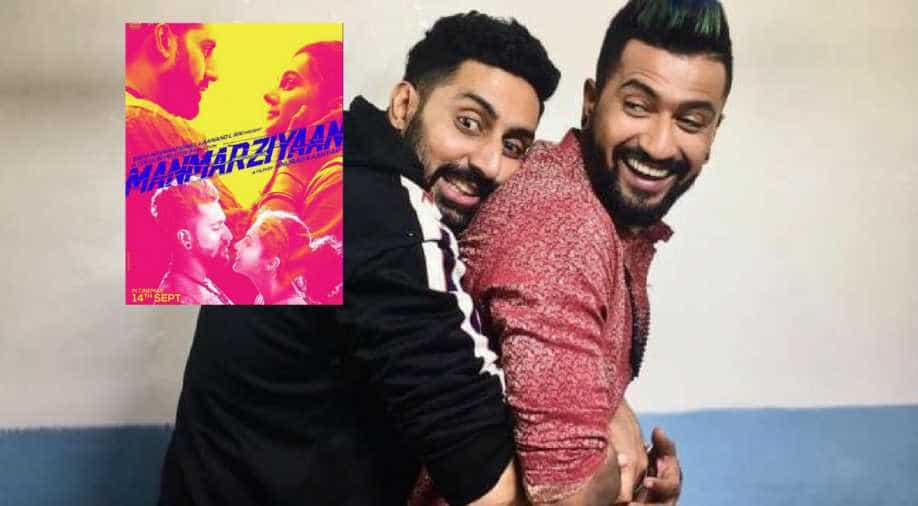 There seems to be something or the other around the hit film ‘Dostana’ for a couple of days. Earlier, we informed you how Karan Johar quashed all rumours around the making of a sequel of the film with Janhvi Kapoor and Sidharth Malhotra in lead roles along with another male.

Now, according to a recently shared picture, it looks like Abhishek Bachchan and Vicky Kaushal will be the new pair to watch out for in ‘Dostana 2’, a tentative title for the possible sequence.

To break it down for you, ‘Manmarziyaan’ stars Abhishek and Vicky were seen in a hugging pose as Abhishek clung to Vicky. This could be a part of their BTS pics or one that they candidly posed for, but they sure look good together. In fact, the picture makes us think that Vicky could replace John (who was a part of ‘Dostana’).

Meanwhile, their film’s trailer released and wowed the audience. The film produced by Anand L Rai and Phantom Films, is scheduled for September 14 release.