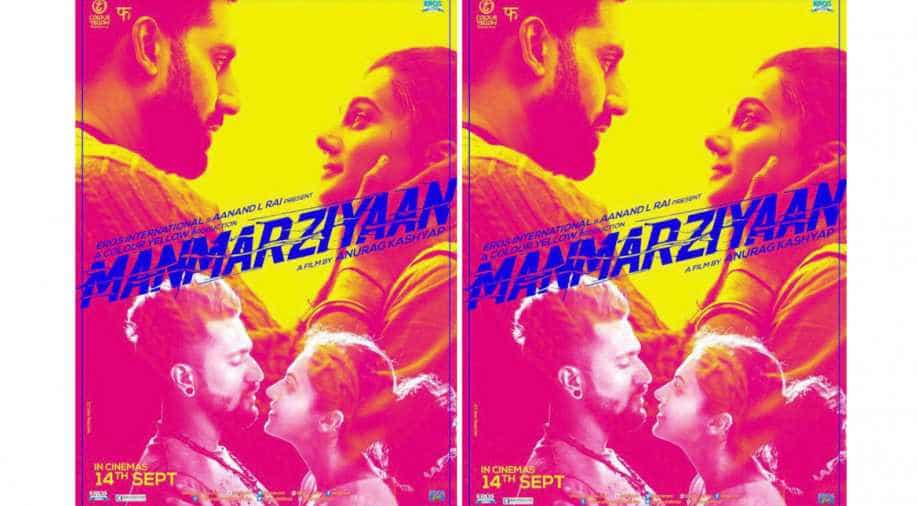 Remember when we shared the first look of Abhishek Bachchan from his upcoming film Manmarziyaan, that ended up becoming viral on the internet? Well, now the makers have released a new poster of the film and it looks nothing short of an intense love triangle between the lead cast of Abhishek Bachchan, Taapsee Pannu and Vicky Kaushal.

The film reportedly plays around the themes of love, passion and commitment.

The film is written by Kanika Dhillon and is being produced by Aanand L Rai who is also behind Shah Rukh Khan’s Zero.

Manmarziyaan is slated to release on September 21.

This is Abhishek's most talked-about look from the film:

The film will premiere at the Toronto International Film Festival (TIFF) 2018 as director of the film tweeted on Tuesday: “Manmarziyaan aka “Husband Material” premieres at TIFF before releasing on the 21st September @cypplOfficial @aanandlrai @juniorbachchan @taapsee @vickykaushal09 @KanikaDhillon.”

The film's trailer will be out tomorrow.