Valentine’s trees? Sure, why not. 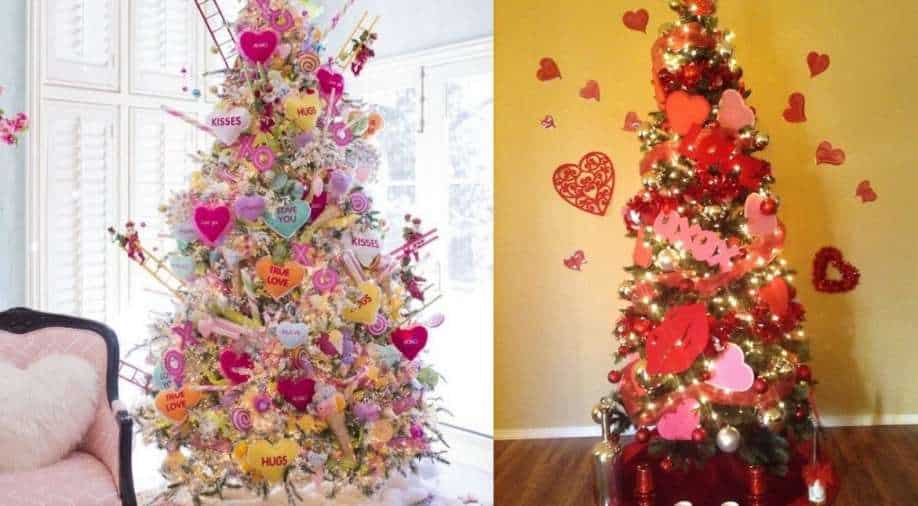 Taylor Swift may leave her Christmas lights up until January, but online, images of evergreens (real and fake) decked in candy hearts and pastel tinsel have been popping up well into February, mostly on certain crafty corners of Instagram, TikTok and Pinterest.

Sandra Di Carlo Valdez looked at her Christmas tree in January and felt a wave of sadness. One week into 2022 and nearly two years into a pandemic, the tree was a source of joy; she wasn’t ready to take it down.

So Valdez, 46, a nail technician and blogger in Miami with nearly 30,000 followers on Instagram, decided to try something she had seen on social media: She would keep the tree up but redecorate it, swapping the ornaments for organza and the holly for hearts.

Her Christmas tree, now covered in pink and red baubles, has become a Valentine’s tree.

Also read: 'And Just Like That,' the show is over

Taylor Swift may leave her Christmas lights up until January, but online, images of evergreens (real and fake) decked in candy hearts and pastel tinsel have been popping up well into February, mostly on certain crafty corners of Instagram, TikTok and Pinterest.

Valdez redecorates her tree using supplies from Dollar Tree: heart clips, which she affixed to the branches; wooden hearts, which she painted; and provisions such as pinheads and red and pink fabric that she turned into homemade gnome ornaments.

Also read: Queen Elizabeth pays small tribute to her father as she marks 70 years on the throne

Likewise, Jennifer Houghton, a blogger, designer and homemaker in Dallas, has used discount-store finds for her trees, including oversized conversation hearts that she converts into ornaments.

When she decorated her first Valentine’s tree five years ago, she was just delaying the inevitable.

This year, she has three Valentine’s trees: one wrapped with red roses and stencils spelling out the word “love”; one dripping with pink X’s and O’s; and one covered in those pastel conversation hearts, with ribbons, ladders and pink candy canes climbing its sides as well.

“With the pandemic especially, people are hungry for anything that will bring joy into their home,” Houghton said. “We’re spending a lot more time in our homes, so there’s this need, this want, to make our homes as joyful as possible.”

Retailers, keen to cash in on a Hallmark holiday, have jumped on the trend. Valentine’s ornaments are sold at Walmart and Target, and by plenty of people on Etsy.

A representative for Overstock.com reported that its top-selling tree this past holiday season wasn’t green. It was pink.

Amber Dunford, a design psychologist and the style director for Overstock, said that in times of stress, humans naturally gravitate toward so-called transitional objects. “We’re in such an usual situation right now, so we want that object of comfort,” she said. “Trees are symbolic — they’re the element we gather around.”

Bobby Berk, star of “Queer Eye” and an interior designer, said he had seen some Valentine’s trees on social media and understood why people might want them.

“Your holiday decorations bring so much warmth to your home and so much joy,” he said in a phone interview. “I can see why people, especially right now, being stuck in our houses, going on year three, want to extend that.”

He noted that a few of his friends still had Christmas trees up in their homes. “I’m always like, ‘Girl, take it down,’” he said. “But now I’m like, ‘Actually, no, don’t take it down, let’s just switch it to a Valentine’s tree.’”

For the past three years, Monica Burt, an interior designer in the greater Chicago area, has made that switch in her own home. “I love Christmas,” she said. “I have about 10 trees a year, and it’s always sad to take them down.”

This year, Burt, 39, has four Valentine’s trees: a hot pink one in her family room, decorated in fuchsia and red; a white one in an upstairs hallway that she decked in pink ornaments; and two small pink ones, one for each of her daughters. She let them keep the trees in their bedrooms and decorate themselves.

Sami Riccioli, who works in interior design, has three trees this year, including an ombre one at the foot of her grand staircase at her home in Lower Gwynedd, Pennsylvania, crafted from several thousand faux roses.

She has no plans to take her tree down after Feb. 14. Instead, she said, she will repurpose it for St. Patrick’s Day, then Easter, Halloween and all the way through Christmas.

“After I did that first Valentine’s tree, I said, ‘It wasn’t just going to be Valentine’s Day,’” said Riccioli, 37. “‘I’m going to keep the tree here and keep decorating it.’”