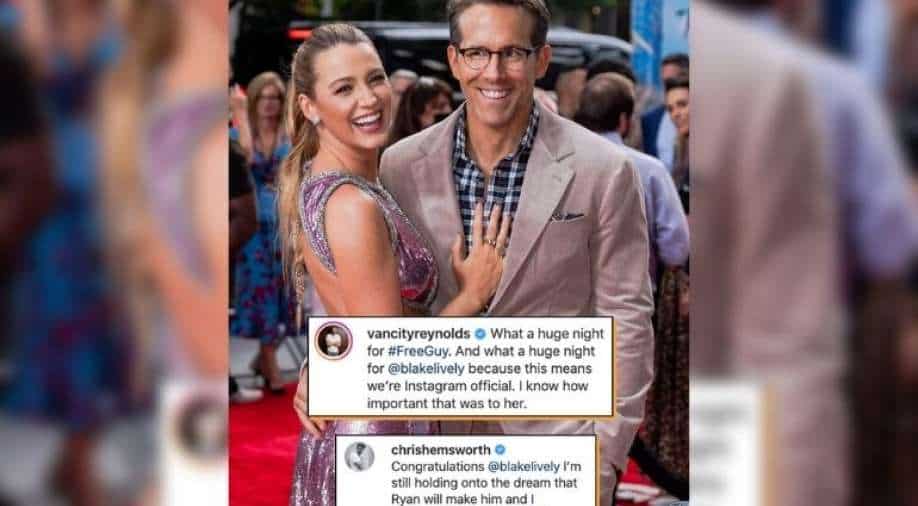 Ryan Reynolds and Blake Lively, who have been married since 2012, share three daughters together: James, 4, Inez, 2 and Betty, 1.

After 10 years of marriage, three kids and so many red carpet moments and dates, Ryan Reynolds finally went Instagram official with his wife Blake Lively. Yess! Ryan says so.

On Wednesday, the 44-year-old actor took his Instagram and shared the couple photo from the New York City premiere of his new film 'Free Guy', and taking to his caption, Ryan jokingly wrote, "What a huge night for #FreeGuy. And what a huge night for @blakelively because this means we're Instagram official."

"I know how important that was to her," the actor added. While this is not the first time when the glamorous couple trolled each other on social media, so they're pros!. What was more interesting in the post was, Chris Hemsworth commented that took the fun game a notch higher.

“Congratulations @blakelively. I’m still holding out the dream that Ryan will make him and me Instagram officers.” Another celeb who joined the fun was Gigi Hadid, who jokingly called their marriage a contract, “Ahhhh finally…! I thought you’d already used up all your ‘premiere appearances’ in The Contract 💍,” she joked. 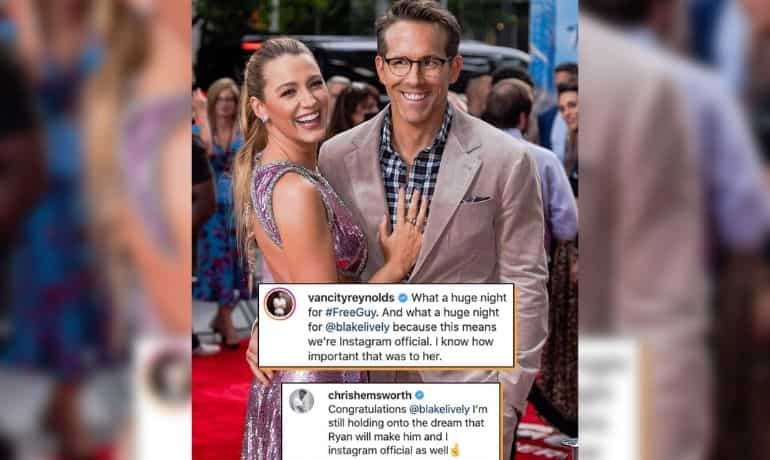 Of course, Blake also had few fun jabs before Ryan. From the premiere, she posted several snaps onto her Instagram stories and gushing over her husband bromance with 'Free Guy' director Shawn Levy.

Posting their picture together, she wrote, “The real love story of the night,'' tagging Levy and her husband. In the photo, she’s holding her hands to form a heart around the men.

Reynolds and Lively, who have been married since 2012, shares three daughters: James, 4, Inez, 2 and Betty, 1.