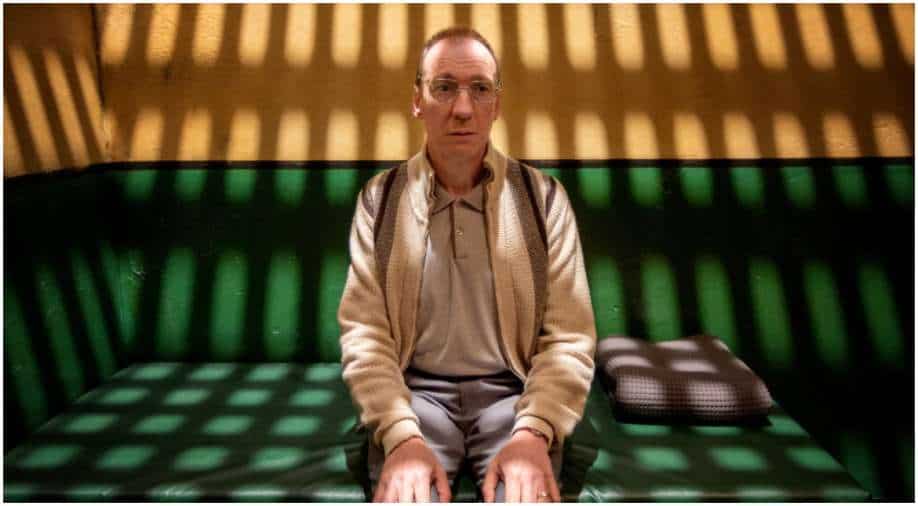 “Landscapers” recounts the case, but the crime is one element in Susan and Chris’ love story, a star-crossed tale of two damaged people constructing a world in which they can survive, at least until the money runs out.

“Landscapers,” premiering Monday on HBO, is a true-crime miniseries, but it doesn’t look or feel like any other did-they-or-didn’t-they dramatization you’ve watched recently.

They, in this case, are Susan and Christopher Edwards of Nottinghamshire, England, who are played, in a coup of casting, by Olivia Colman and David Thewlis. In 2014, Susan and Chris were each sentenced to at least 25 years in prison for killing Susan’s parents and burying them in their own backyard.

The Edwardses claimed that Susan’s mother had shot her husband and that Susan, who hated her abusive parents, had been provoked into shooting her mother — a crime of passion followed by years’ of guilt-ridden cover-up. Prosecutors said that Susan and Chris carried out a calculated execution for profit, an argument supported by the inconvenient fact that they opened a bank account the first business day after the killings and eventually siphoned off about 285,000 pounds of her parents’ money.

The case is full of fascinating and outlandish details — a straightforward retelling would have no trouble being greenlit — but one stands out: what they spent the money on. They were spendthrift collectors of autographed movie memorabilia. When they turned themselves in 15 years after the killings, all they had left was some spare change.

Ed Sinclair, a first-time screenwriter, and director Will Sharpe build their four-episode series around that detail, in imaginative and highly stylized ways that shift the focus away from true-crime investigation. “Landscapers” recounts the case, but the crime is one element in Susan and Chris’ love story, a star-crossed tale of two damaged people constructing a world in which they can survive, at least until the money runs out.

This involves a wide range of filmmaking tricks. Sharpe shoots some scenes as keyholes in a black screen, as if we’re watching a play. Others he stages like full-on Hollywood productions, echoing the films Susan loves, such as “High Noon” and “The Last Metro.” (Gary Cooper and Gérard Depardieu are significant, if imaginary, figures in the story.) At key moments Sharpe literally breaks the fourth wall, pulling back the camera to show us the soundstage as the actors, in and out of character, walk from one set to another.

In the hands of the gifted Sharpe, who directed the series “Flowers,” starring Colman, and the feature “The Electrical Life of Louis Wain” (with Benedict Cumberbatch), these interventions are mostly engaging rather than distracting. They set up a theme of artifice and delusion, but “Landscapers,” thankfully, isn’t about the tyranny of modern media — it’s more about the ways in which ordinary, troubled people make sense of their lives by casting themselves in the stories of heroism and self-sacrifice that they’ve seen at the movies. The show doesn’t have to take a position on whether the Edwardses were telling the truth about what happened in the real world because it lives inside the reality they constructed.

If “Landscapers” doesn’t, in the end, entirely fulfill the promise of Sharpe’s visual wizardry, it’s down to the screenplay by Sinclair, who is also Colman’s husband and producing partner. It doesn’t match the inventiveness of the direction, and it’s also more murky (and sentimental) than it needs to be about Susan’s true nature, which slightly dampens Colman’s performance. She spends most of the series playing things down the middle, and she’s only able to break out her fierce, splendid technique in a few scenes.

The script does much better by Chris, though, and “Landscapers” is a showcase for Thewlis, with his angular frame and his distinctive style of commanding awkwardness. He perfectly captures Chris’ willing subservience to Susan and the way that his love for this “fragile” woman, who is also demanding and manipulative, shapes his personality in a manner that might seem pathetic to us but that is ennobling and ego-boosting to him.

Thewlis is phenomenal throughout — in a pinpoint moment when Chris is thrown off by evidence of Susan’s dishonesty or in the larger gestures of the movie-love scenes, as when he twirls a six-shooter like a pro (before dropping it, of course). “Landscapers” may be noncommittal on the Edwardses’ guilt, but Thewlis absolutely nails Chris.