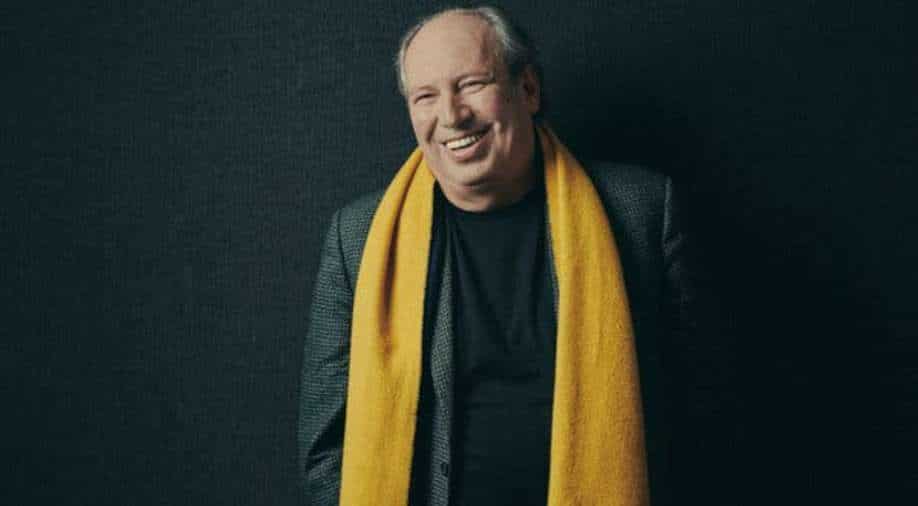 “When you start to hybridize these far-flung influences and techniques, interesting sounds start to happen,” she said. “It’s a vocal technique called ‘Hans Zimmer.’”

When composer Hans Zimmer was approached to score “Dune,” the new movie adaptation of Frank Herbert’s epic sci-fi novel, he knew one thing absolutely: It would not sound like “Star Wars.” Musically, those films drew on influences that ranged from Holst and Stravinsky to classic movie scores of the ’30s and ’40s. Even the rollicking tune performed by the bug-eyed creatures in the Cantina was inspired by Benny Goodman.

For “Dune,” by contrast, Zimmer wanted to conjure sounds that nobody had ever heard before.
“I felt like there was a freedom to get away from a Western orchestra,” he said recently, speaking in the Warner Bros. offices overlooking Hudson Yards in Manhattan. “I can spend days making up sounds.”

The resulting soundtrack might be one of Zimmer’s most unorthodox and most provocative. Along with synthesizers, you can hear scraping metal, Indian bamboo flutes, Irish whistles, a juddering drum phrase that Zimmer calls an “anti-groove,” seismic rumbles of distorted guitar, a war horn that is actually a cello and singing that defies Western musical notation — just to name a few of its disparate elements.

The score combines the gigantic, chest-thumping sound of Zimmer’s best-known work of the past decade with the spirit of radical sonic experimentation. The weirdness is entirely befitting the saga of a futuristic, intergalactic civilization whose denizens are stalked by giant sandworms and revere a hallucinogenic substance called spice.

No hallucinogens were imbibed as part of the composing process, though.

“Weirdly, I’m the only rock ’n’ roller who never did any drugs,” said Zimmer, who has a wide, boyish grin that belies his 64 years, particularly when discussing his more outrageous musical endeavors.

Some time after his stint with the band the Buggles, the German-born, California-based composer made his name with scores for “Rain Man,” “The Lion King” and “The Thin Red Line.” More recently, he scored the latest Bond outing, “No Time to Die.” But to many, he is perhaps best known for his work on Christopher Nolan movies, including “Interstellar,” “Inception” and his Batman series.

In fact, Zimmer turned down an offer to work on Nolan’s last film, “Tenet,” to focus his energies on “Dune.” In a way, Zimmer said, he has been working on this soundtrack ever since he first read the novel as a teenager.

“I’ve been thinking about ‘Dune’ for nearly 50 years," he said. "So I took it very seriously.”

He avoided seeing the 1984 movie adaptation — directed by David Lynch and featuring music by Toto — to preserve the vision of the movie in his head.

As part of his creative process, Zimmer spent a week in Utah tuning in to the sound of the desert.
“I wanted to hear the wind howling,” he said.

Zimmer’s score is so prominent in “Dune” that at times the movie feels like an otherworldly equivalent of a “Planet Earth”-style nature spectacular.

“‘Dune’ is by far my most musical film,” said director Denis Villeneuve, who also hired Zimmer for “Blade Runner 2049.” “The score is almost ubiquitous, participating directly in the narrative of the film. It’s spiritual.”

In fact, Zimmer wrote more music than could fit in the film. In addition to the original soundtrack, there’s “The Dune Sketchbook (Music From the Soundtrack),” comprising extended sonic explorations, and “The Art and Soul of Dune,” a companion soundtrack to the book of the same title that goes behind the scenes of the film. (There’s still more written for the hoped-for sequel.)

It’s Zimmer’s name in the credits and on the soundtrack releases, but he prefers to think of himself as a member of an unusual band that includes a select group of composer-collaborators: “If someone has a great idea, I’m the first one to say, <em>yes</em>. Let’s go on that adventure.”

Composer David Fleming, who gets an “additional music” credit for his contributions to the score, said, “We create and collaborate on ideas, experimenting as long as the filmmakers will allow us to before we finally start applying those ideas to picture.” He described “band meetings” as an open forum, adding, “More than anyone else, you can count on Hans to push a bold idea one step further than you think it could possibly go, and then push some more.”

Guthrie Govan, a slide guitarist whom Zimmer discovered on YouTube, described the process: “He’ll outline the desired end result rather than prescribing a specific means of getting there. For one cue, he just said, ‘This needs to sound like sand.’”

Entirely new instruments ended up being created from scratch. (With pandemic-era travel restrictions in place, many of these elements were recorded separately in different parts of the world.) Winds player Pedro Eustache built a 21-foot horn and a “contrabass duduk,” a supersized version of the ancient Armenian woodwind instrument.

Chas Smith, working in isolation in his barn in rural California, struck, scraped and scratched various metallic instruments of his own invention, including one made from springs and saw blades, and another made of Inconel 718, a superalloy used in cryogenic storage tanks and SpaceX engines. In the film, Smith’s complex, resonant tonal textures accompany visuals of desert sands and windblown spice.

One of the major and more surprising musical moments in “Dune” occurs during a ceremonious arrival on the desert planet Arrakis. The scene is announced with the portentous drone of bagpipes, an aural assault generated by a battalion of 30 highland pipers playing in a converted church in Scotland. Ear protection had to be worn: The volume reached 130 decibels, the equivalent of an air-raid siren.

That unholy din in particular permeated Zimmer’s home during his late-night work sessions.
“My daughter told me the other day she has bagpipe PTSD,” he said.

Perhaps the most mystical presence in the score is a choir of female voices, singing, whispering and chanting in an invented language.

“The true driving force of this novel is always the female characters,” Zimmer said. “It’s really the women that craft the destiny of everybody.”

One arresting voice comes through like a war cry, all ancient, melismatic syllables in unsettled rhythms. These vocals were recorded in a closet in Brooklyn, the makeshift studio of music therapist and singer Loire Cotler. In that space, sitting on the floor, with clothes dangling above her head and her laptop perched on a cardboard box, Cotler sang for hours a day, emerging when it was dark.

Stylistically, Cotler drew on everything from Jewish niggun (wordless song) to South Indian vocal percussion, Celtic lament to Tuvan overtone singing. Even the sound of John Coltrane’s saxophone was an influence, she said.

“When you start to hybridize these far-flung influences and techniques, interesting sounds start to happen,” she said. “It’s a vocal technique called ‘Hans Zimmer.’”

“I write in surround sound — but it’s not just about the big sound and big screen,” Zimmer said. “It’s about sharing something together. Shared dreaming.”