How ‘Lord of the Rings’ became ‘Star Wars’ for millennial women 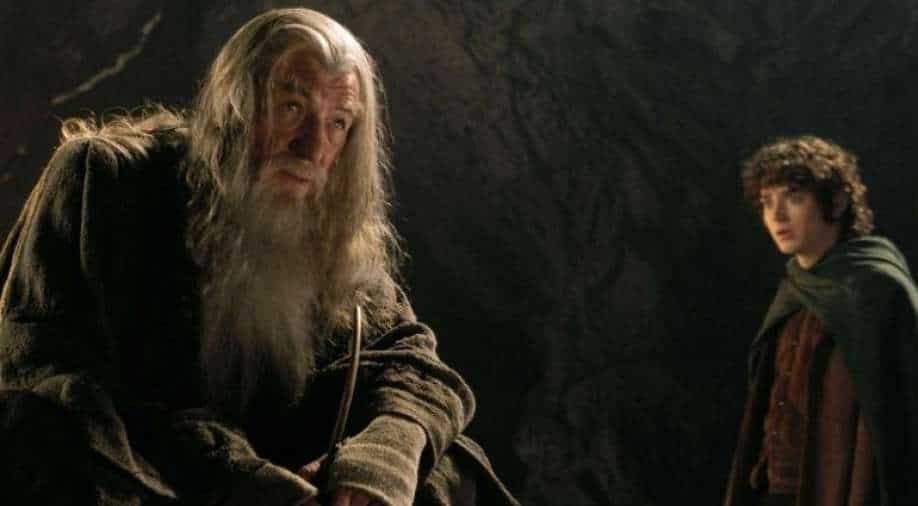 Still from The Lord of the Rings: The Fellowship of the Ring Photograph:( Twitter )

For a certain subset of millennial women, the “Lord of the Rings” film trilogy occupies the same role that “Star Wars” might for those who grew up from the late ’70s into the ’80s: It’s become a treasured part of the comfort-watch genre for women in their late 20s and 30s.

Shortly after the release of the final installment of the “Lord of the Rings” trilogy, film critic Caryn James pondered whether women were “just bored” when it came to Peter Jackson’s blockbuster films.

“Any movie so popular has to grab an audience across all lines of age and sex,” James wrote. “But both demographic and empirical evidence suggests that the trilogy is still primarily a boys’ toy.”

Whether women at that time felt enthralled or bored with these films, which began 20 years ago this month with “The Fellowship of the Ring,” isn’t for me to say. But I know that I, then a 13-year-old girl, and my 12-year-old sister, loved the story of Sam and Frodo and their quest to destroy the One Ring. And we weren’t alone.

“I was obsessed with the DVDs,” Karen Han, 29, a TV and film writer based in Los Angeles, said. “I think it was pretty much every holiday, I would watch all three movies in a day and do a marathon, and I would do that pretty much every year.”

For a certain subset of millennial women, the “Lord of the Rings” film trilogy occupies the same role that “Star Wars” might for those who grew up from the late ’70s into the ’80s: It’s become a treasured part of the comfort-watch genre for women in their late 20s and 30s.

In the years after the films came out, rewatching them felt like a ritual only my sister and I observed. (My parents saw them with us in theaters, then never watched them again.) Through college, I met the occasional “Lord of the Rings” girl — a few friends in graduate school, and strangers on drunken nights out. And, of course, there were the memes and the accompanying meme accounts.

“We all loved ‘Lord of the Rings,’” said Gabriella Paiella, 32, a culture writer for GQ and former staff writer at The Cut. “That definitely did heighten my sense that there was a specifically female interest in these movies that I hadn’t necessarily thought of before because I think the world of ‘Lord of the Rings’ is sort of thought of as a nerdy male interest.”

Jokes and memes remained a fantastic way fans could bond, but Paiella and other women who came of age in the era of “Lord of the Rings” say their passion for the movies is much deeper and more emotional. It’s an attachment that grew alongside the films’ most poignant, Howard Shore score-backed moments: “Don’t you know your Sam?” “I know your face” and “I would have followed you, my brother, my captain, my king.”

“The overall message of this story is that as long as you have love and hope in each other, victory or triumph is still possible,” Han said, explaining, “It is technically an epic fantasy adventure, but I don’t think it hews to the same kind of ideas of masculinity and power that a lot of these stories traditionally do.”

The trilogy’s primary romantic relationship may be between Aragorn (Viggo Mortensen) and Arwen (Liv Tyler), the reluctant heir to Middle-earth’s throne and his half-Elven love interest. But both Paiella and Han argue that the connection between the two is no less tender than the heart-rending death of Boromir (Sean Bean) — whose desperation to save Middle-earth leads him to try to steal the Ring — with Aragorn at his side, at the end of the first film.

It’s the kind of moment not often found in male-oriented action films, and in certain corners of the internet, like LiveJournal and Tumblr, that tenderness — between Frodo and Sam, Legolas and Gimli, Merry and Pippin, Gandalf and Bilbo — became the focal point of “Lord of the Rings” fan fiction.

“I was absolutely obsessed with reading gay hobbit erotica,” said Chelsea McCurdy, 35, who works for a nonprofit based in Conway, Arkansas. “And I think that was a huge deal for me as far as my queer journey and the love for these movies.”

“My all-time favorite No. 1 scene is ‘I am no man,’” said McCurdy, referring to the pivotal scene in which Eowyn kills Sauron’s most terrifying servant, the Witch-king of Angmar. “That whole scene just makes me have goose bumps, and baby feminist Chelsea just ate that up.”

Han, the television writer, agreed, although she was reluctant to use the phrase “strong female character.” She explained, “Whenever people try to do that in contemporary cinema, it always feels like such a shallow and facile understanding, but ‘The Lord of the Rings’ really knocked it out of the park.”

That these female characters and many of their male counterparts are white (as are most characters in the film) hasn’t diminished the trilogy’s staying power, even for those who now hold Hollywood to a much higher standard.

“It’s just kind of beyond critique for me because I think I consumed it so young and because I see it, even if the movies happened recently, as like such an old, immovable work,” said Sara David, 32, an editor at Vice Media and union organizer. “I didn’t notice any lacking gender or race analysis in it because this story is so old and generic good vs. evil, you know?”