Halsey’s futuristic dress for SNL performance is beyond cool 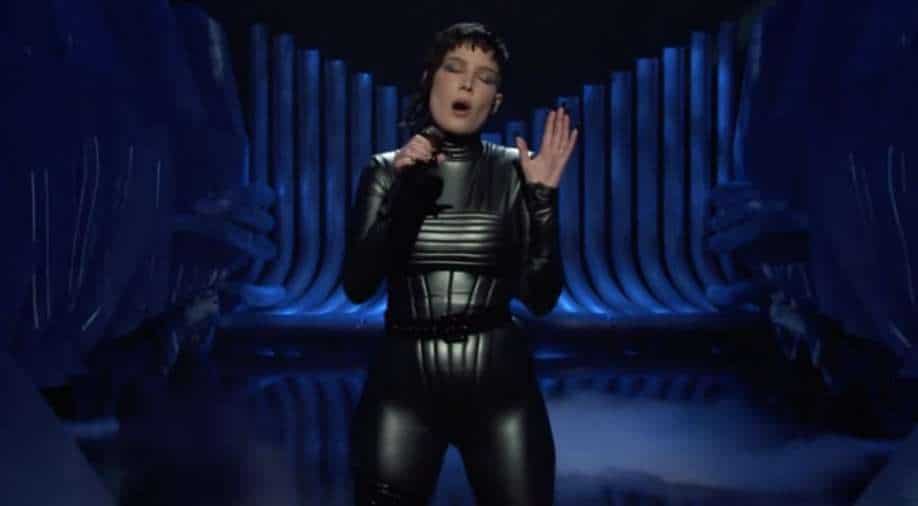 Halsey is mother to baby son, Ender Ridley Aydin, with partner Alev Aydin in July of this year.

After the successful launch of their latest film, 'If I Can't Have Love, I Want Power', Halsey made her big comeback on stage with Saturday Night Live's October 9 episode, which was hosted by debutante Kim Kardashian.

Dressed in a black catsuit, Halsey looked uber cool as she performed 'I Am Not a Woman, I'm a God' which marks her return to stage since the birth of their son Ender.

She then changed to a black dress for the 'Darling' song rendition that was featured on their fourth studio album.

For the uninitiated, Halsey appeared on Saturday Night Live for the fifth time on the show and fourth as the musical guest.

Also read: Squid Game's Anupam Tripathi on series success: I was not prepared

Halsey is mother to baby son, Ender Ridley Aydin, with partner Alev Aydin in July of this year.