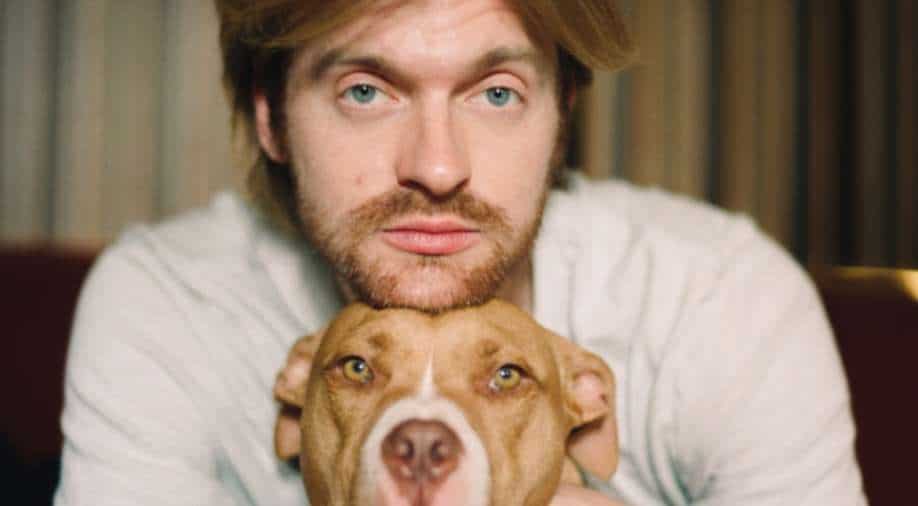 Finneas isn’t a prince of darkness, but he is forthcoming about his fears. Emotionally unfiltered, confessional: “It’s kind of how I am, on and off the microphone,” he said.

There’s a ghoul hanging around Finneas’ house. A dark shadow spinning past the window of his otherwise sunny and calm music studio. “The way it moves, it catches your eye at the wrong time,” he said. It spooks him.

You could be forgiven for thinking that Finneas, 24, the multi-instrumentalist who’s earned a global following — and eight Grammys — as the producer and songwriting collaborator of his teen-phenom sister Billie Eilish, is a little goth. As siblings, their work is often not just brooding but haunted, even deviant. Finneas’ debut studio album as a solo artist, released on Friday and entitled “Optimist” (“it’s aspirational,” he told me) features a track called “The Kids Are All Dying,” followed shortly by “Love Is Pain.” With his vocals at a ballad pitch, it is suffused with generational and personal anxiety, along with the gloss of romance.

So it was with the ghoul — Halloween décor, put up by Finneas’ girlfriend, the social media personality Claudia Sulewski, while he was out of town. (He was mystified that it didn’t creep her out.) Finneas isn’t a prince of darkness, but he is forthcoming about his fears. Emotionally unfiltered, confessional: “It’s kind of how I am, on and off the microphone,” he said.

The studio is where he works out those feelings. Except for the first track’s subtle violin and cello, he wrote, performed, arranged and produced “Optimist” entirely on his own, playing all the instruments (bass, guitar, piano, synths, and doing the drum programming and sound effects). “It was like, why you would build your own house if you were a carpenter,” he said, sitting barefoot and cross-legged on a rolling chair in his studio here recently, in ripped jeans and bed head. “Why would I hire someone else to do something I know how to do and can execute myself? And it’s also really fun.”

Since he and Eilish broke through with her album “When We All Fall Asleep, Where Do We Go?” in 2019, Finneas has been increasingly in-demand as a producer. One of those Grammys was for producer of the year, nonclassical; at 22 he was the youngest person ever to win in that category. He has recorded with Selena Gomez, Camila Cabello and a handful of other artists, many of them young women.

Cabello said she wrote “Used to This,” widely understood to be about the beginnings of her relationship with the musician Shawn Mendes, in two days with Finneas. “It felt like just downloading with a friend,” she said in an email. “He is so detail-oriented in his own music, and his lyrics are so about the small little things, like my favorite poetry, that he really influenced where the writing went.”

After the session, Finneas “wrote me a long text explaining his production choices,” she said. He added atmospheric touches like the whoosh of a trolley before the song mentions San Francisco, “tequila glasses clinking, the guitar solo when I say the ‘calluses on your fingers’ line,” Cabello wrote. “He really is like a painter or a poet, and he captures these huge feelings by focusing in on the little details.”
Tove Lo, the Swedish singer-songwriter, worked on two tracks with Finneas in 2019. One was the hedonist pop ditty “Bikini Porn,” another an introspective, off-kilter ode. “I find him really good at finding the ‘nerve’” of a song, she wrote in an email. He’s “not so focused on the format, but what feeling you want to feel next in the song. He’s also not afraid to go somewhere unexpected without losing the sentiment of it all.”

She added that Finneas’ work with his sister gave her confidence that her own perspective would be heard in the studio. “It was such a chill energy, and I felt very comfortable throwing out any idea that popped into my head without thinking it over too much first,” she said.

Like his sister, Finneas — born Finneas Baird O’Connell — began playing music as a kid, encouraged by his parents, Maggie Baird and Patrick O’Connell, workaday actors who home-schooled their children, prioritizing a creative family life. “For my third birthday, I asked for a hi-hat cymbal and a conductor’s baton,” Finneas said. His parents delivered. “And we were in the middle floor of a triplex.” (Sorry, neighbors.)

He fell in love with songwriting when he was about 12, and his mom, a singer and guitarist herself, offered a kind of songwriting boot camp. As an exercise, she had the kids write from a different person’s perspective — a TV character, say. “I definitely think that sculpted us both, and especially him,” Eilish said in a phone interview. “Songwriting is about truth and honesty, but it’s also storytelling.”
As a teenager, Finneas taught himself production. Now, there’s an infrastructure to learn studio skills from home, and 5-year-olds are making beats on TikTok. But back then, in the woolly days of 2014, Finneas said, his biggest resource was “guys on YouTube who run worship bands in church.”

Though he described himself as “areligious,” at 16 and 17, he was staying up all night in his bedroom at his parents’ house in Los Angeles, learning how to record a bass line or comp a vocal in Logic, the audio software, from Christian rockers. His first band, the Slightlys, played a couple of local shows with the Warped Tour; he and his sister had also spent years singing in the Los Angeles Children’s Chorus — “harmony school,” Finneas called it. That was the extent of his formal musical training. By 2016, he and Eilish had their first viral hit, 'Ocean Eyes'.

They have what he called a “creatively monogamous relationship.” He also co-wrote and produced her sophomore album, released this summer, and tours with her. She says he is her best friend.
Road tripping home from an event in Temecula, California, this spring in the family minivan, the whole clan heard “Optimist” for the first time. “We stopped and got burgers” — vegan burgers — “and he played us his album,” Eilish said. “We listened to it twice, and it was very touching — I love it. Finneas is the most talented person I know.”

“It’s funny to me that he made an album with only a few songs,” she added (there are 13 songs!) “because the dude writes so much. And everything he writes, it’s so good, it’s, like, really upsetting to me. Because I am not a fast writer and I am not an easy writer. It takes a lot of time and a lot of effort, and he makes it look so, so easy. It’s infuriating.”

An old mic that Eilish records with stands at attention in Finneas’ home studio; some smiley Murakami pillows followed him from his childhood bedroom, where he and Eilish made their breakthrough album. The studio is not otherwise very ornamented — a pile of platinum album plaques loll, unhung, in the bathroom. A fountain in the courtyard outside burbles audibly; Finneas purposefully didn’t seal off the studio from outside sound (the burbling is there, very faintly, on many of his songs, he said). He recorded about half of “Optimist” at home, before a burst pipe flooded the space and forced him into a rental studio. No biggie: his Gen Z-laptop-producer ethos is that “you can make stuff anywhere.”

Outside of touring, he’s fairly domestic: Sulewski, his girlfriend of three years, YouTubes their seemingly wholesome relationship (they once spent two hours making a gingerbread house).“I definitely don’t think your best work requires tension or struggle,” he said. “I’ve made heartbreaking songs that I love as a very happy person.”

His dotes on his pit bull, Peaches, for whom he named a non-lyrical, piano-only étude on his album — the sort of track that might get cut if there was another artist to answer to. “When I’m producing for other people, including Billie, no matter how much say I have, I care the most that it’s theirs, and they feel ownership, and they love it, you know?” he said. “And so, it’s really fulfilling to make something exactly how I want it to be and then put it out and live with it. It’s just me on this album. There’s no one else sharing the oxygen.”