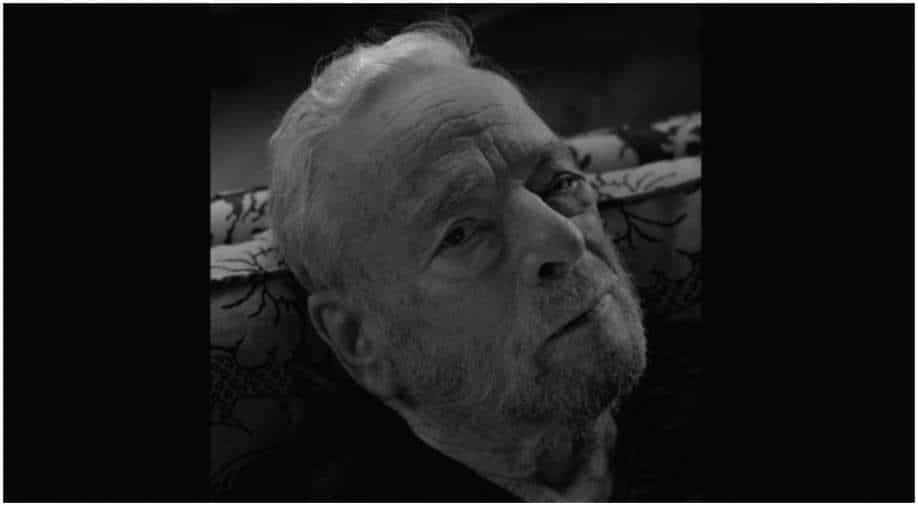 “It took me a while to realize he was serious when he said, ‘Reach out if you ever want to talk about anything,’ ” Miranda said.

In the fictionalized movie version of his life, Jonathan Larson ignores the ringing phone and lets the answering machine pick up. Crouched on the bare wooden floor of his shabby apartment in 1990 New York City, he listens as Stephen Sondheim leaves a message — instant balm to his battered artist’s soul.

Sondheim scripted that voicemail for the film himself, and goodness knows he’d had decades of practice, offering just the right words to buoy the spirits of Larson and countless other young artists. When Sondheim died on Nov. 26 at 91, the American stage lost not only a composer and lyricist nonpareil but also its longtime encourager-in-chief.

The story of his own early tutelage under Oscar Hammerstein II has been told and retold, but much less known — at least outside professional theater — is the rigorous dedication with which Sondheim passed that tradition on.

As a mentor, as a letter writer, as an audience member who showed up far beyond Broadway to witness new work, he quietly, faithfully nurtured generations of theater makers.

Miranda, who first met Sondheim at 17 and began corresponding with him in earnest while writing “Hamilton,” said he was initially afraid of intruding on Sondheim’s time.

“It took me a while to realize he was serious when he said, ‘Reach out if you ever want to talk about anything,’ ” Miranda said.

The letters Sondheim wrote over the decades were so numerous that they might seem cheap currency if they weren’t so powerfully affecting to the recipients. Imagine the hand of God reaching toward Adam in Michelangelo’s fresco and you have some idea of the vital charge they could carry.

After Sondheim died, Twitter was flooded with images of them. Notes to students and professionals and fans, they were thoughtful and specific, full of gratitude and good wishes, each on letterhead, each with the elegant, sloping signature that’s familiar now from the Stephen Sondheim Theater marquee.

“He was always concerned about the future of the art form, and he wanted it to survive,” said director Lonny Price, who played one of the leads in the original Broadway production of Sondheim’s “Merrily We Roll Along.” More than three decades later, he directed the documentary “Best Worst Thing That Ever Could Have Happened,” about the making of that show, a notorious flop.

But it was as a Sondheim-obsessed 14-year-old in 1973 that he struck up a decades long correspondence with his hero, and discovered that Sondheim was kind enough to take him seriously.

“He didn’t have biological children,” Price said. “But there are so many of us that are his kids.”

You make me want to write more’

Noah Brody and Ben Steinfeld of Fiasco Theater got a cherished letter from Sondheim in 2013, after he saw their company’s production of “Into the Woods.” Declaring it “inventive and exhilarating,” he ended with a breathtaking line: “You make me want to write more.”

“It was the most important thing that’s ever happened in our professional lives,” Steinfeld said, calling it “unspeakably meaningful” to learn “that the cycle of inspiration might have actually flowed in the other direction.”

After that, Sondheim opened his archives to the company as he collaborated with them on their 2019 off-Broadway revival of a reworked “Merrily We Roll Along.”

Sondheim cultivated the field by founding the Young Playwrights Festival, where theater and television writer Zakiyyah Alexander recalls him having “a proud dad vibe” about her and the other teenage winners.

Elsewhere he championed emerging composer-lyricists like Larson and Miranda and Dave Malloy. For years, he was the president of the Dramatists Guild Council.

Revered as the closest thing we had to a theatrical deity, Sondheim didn’t retreat to reign alone on some Olympus. He ambled down from the mountaintop fully aware of the power and responsibility that came with his position.

And so it was immensely moving, but utterly unsurprising, that he spent his last day of theatergoing, two days before he died, taking in a pair of form-bending documentary plays that were struggling at the Broadway box office and about to close: a matinee of “Is This a Room” and an evening performance of “Dana H.,” both at the Lyceum Theater.

He had told a New York Times journalist his plan, and after he died, Michael Paulson reported what he had said in anticipation: “I can smell both of those and how much I’m going to love them.”

To Emily Davis, the star of “Is This a Room,” the fact of Sondheim having been there — which she said she learned about only when she read it in the newspaper — felt like “the biggest and most grand actual welcome to Broadway that there could have been.”

And when she noticed, the day after his death, an unusually large number of audience members doing doubleheaders — spending their Saturday catching both plays — it seemed to her like people paying tribute to him by doing as he had done.

Children will listen. He got that right.

Composer Jeanine Tesori, who spent many hours alongside Sondheim as the supervising vocal producer on the new “West Side Story” movie, got her first letter from him in the 1980s, when she was just out of college. To her retrospective mortification, she had mailed him some music she had written.

“That’s what we all did,” she said. “We just cold sent him our stuff because we didn’t know not to do that: send a cassette, and then you would just sort of wait and hope.”

He wrote back, gently, apologizing that he had been unable to listen to her tape — and somehow even that felt like a kind of validation, because he had noticed she was there.

“The beautiful thing was, it didn’t go into the ether,” she said. “He could have easily ignored it. But what he did was acknowledge that he had gotten it, and he returned it. I’ll never forget those words, typewritten: ‘Forgive me.’”

To a legion of fans Sondheim was and is the be-all and end-all. But his own horizons as a theatergoer were significantly broader than that. In an art form that is so much about being present for the unrepeatable moment, he not only showed up, but he also often did so to experience work that was offbeat and obscure, challenging conventions just as his own work did.

When the Chicago-based experimental shadow-puppetry troupe Manual Cinema brought “Ada/Ava” to New York in 2015, Sondheim headed downtown to see what they were up to — “the ultimate pinch-me moment,” said Ben Kauffman, one of the company’s composers.

Kaling tweeted last weekend that she had told him she hoped someday to star in one of his shows; Withers, by phone, recalled his grace in focusing the encounter on them, not him.

“He made the effort to stay and talk to us and see our eyes get wide and let us ask him a couple questions,” she said. “He wasn’t there because his publicist told him to be there, and to be nice. He was there because he wanted to be.”

But Sondheim, far too famous simply to blend into an audience, was cautious about making such appearances. Jason Eagan, the artistic director of the artist incubator Ars Nova, said that Sondheim went to shows there but never to openings, because he didn’t want to be a distraction on someone else’s big night.
And while there was nowhere for him to hide when he first saw the immersive “Natasha, Pierre &amp; the Great Comet of 1812” at Ars Nova’s tiny space in Hell’s Kitchen, when he went to see it on Broadway, he sat in the mezzanine to be as inconspicuous as possible.

However much that theatergoing nourished him, as it nourishes all of us when the work is good, it was also frequently an obligation, and he fulfilled it diligently. Tesori remembers him showing up at City Center just after his close friend, the author and composer Mary Rodgers, died in 2014.

He had promised that he would listen to some young artists perform his music, so he did — “even though he was heartbroken,” Tesori said. He asked her to give him the performers’ addresses, “because he wanted to write to all of them, to encourage them.”

Even in freshest grief, that was his habit.

‘Why I wanted to write for the theater’

Playwright Lynn Nottage, now a two-time Pulitzer Prize winner, was returning to the theater after a seven-year absence when Sondheim wrote to her out of the blue in 2004, praising her new play “Intimate Apparel” and telling her: “It reminded me of why I wanted to write for the theater in the first place.”

“I entered back into New York theater sort of tiptoeing and frightened and not sure whether there was a space for me,” Nottage said. “And so when I received this letter from one of the giants, it just was the kind of affirmation that I needed in the moment. What it said to me more than anything is that I belong in this community.”

From then on, at all of her plays, she said, “at some point I’d look out in the audience, and there he would be.”

Sondheim’s letters generally weren’t long, but it’s the little things, right? Except that the little things combine to eat up who knows how many hours of a life. And even when a genius lives to 91, it’s easy to lament — as Miranda recently did, in an interview in The New Yorker — the works that went uncreated because of finite energies expended elsewhere.

Over the phone a few days after Sondheim’s death, though, Miranda said he didn’t truly feel that way.
“Obviously it’s to theater’s enormous benefit that he took that time, and I think it fed him to encourage others,” he said. “He succeeded on both fronts because he left a legacy of immortal works that we’ll be doing forever — I mean, just look at this season alone — and he also left behind a generation of artists who got encouragement from him, and support.”

It was part of Sondheim’s gift to understand not only the encompassing job description of great artist but also his singular effect on his colleagues — how even a few words of appreciation, or moments of attention, could prove enduring sustenance over the long slog of a career in an often pitiless field.

It was unglamorous work, and Sondheim did it exquisitely.

No single theater artist right now is as revered as he was. No one else can yet step into those shoes. We nonetheless could, artists and audience members alike, seek to borrow from his example — by being adventurous, by being generous, by showing up.

That would be one way to honor the giant.