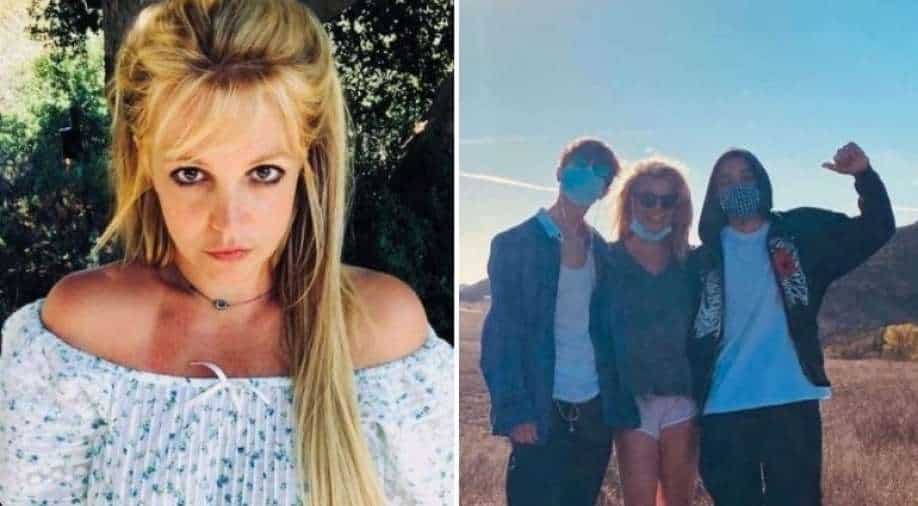 Spears shares the boys with ex-husband Kevin Federline and her last post with them was dated last September in anticipation of both their birthdays.

Britney Spears recently enjoyed some family time with her two sons and shared glimpses for her fans.

The pop star shared a pair of photos on Instagram on Monday, remarking in the caption about how quickly her sons have grown up. Her sons Jayden and Sean Preston are now 14 and 15, respectively.

Spears' photos featured the singer standing between her sons on a grassy field underneath a blue sky. "I know … I know … it's very hard for any mama especially a mama with boys seeing them grow up so fast !!!! Talk about enough to make you go to your knees ... GEEZ  !!!!" the "Toxic" singer continued. "I'm extremely lucky because my two babies are such gentleman and so kind that I must have done something right !!!!"

Spears then explained that she doesn't post photos of her kids very often because she wants them to be able to present themselves on their own.

"I haven't posted pictures of them for some time cause they're at the age where they want to express their own identities and I totally get it," Spears said. But I went out of my way to make this cool edit  and guess what .... They're finally letting me post it !!!" Spears said about the picture.

Spears shares the boys with ex-husband Kevin Federline and her last post with them was dated last September in anticipation of both their birthdays.

"My two lil men's birthdays are this week !!!!!!" she wrote on Instagram, sharing a photo of a red sky with a moon some flowers. "You guys are getting older and so big and are waaay cooler than me !!!!! I love you both to the moon and back ….. and I hope all of your bday wishes come true and more !!!!!"

Britney has been in the news recently post the release of her controversial documentary 'Framing Britney Spears', which brought the focus back on her conservatorship and the treatment she received by media during her infamous years.