‘Mrs. Doubtfire’ on Broadway is pausing to avoid closing 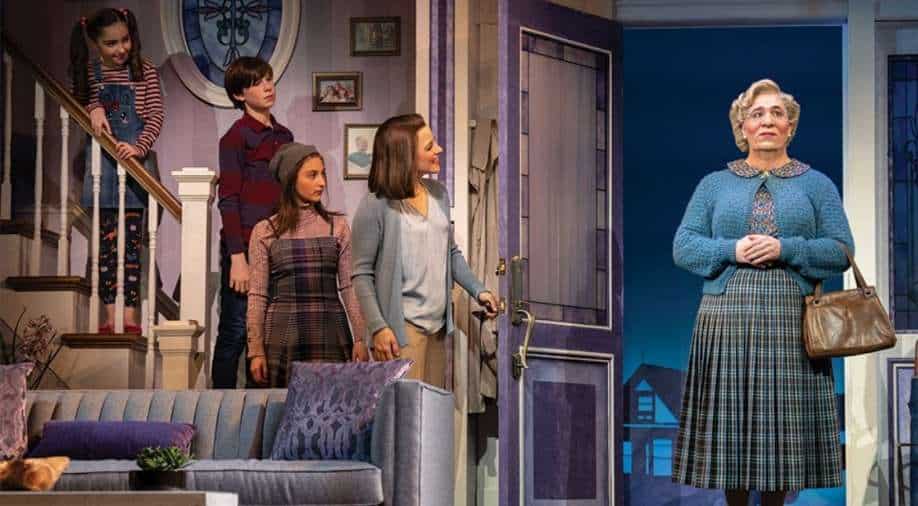 Kevin McCollum, a veteran Broadway producer whose previous credits include “Rent” and “Avenue Q,” said he would close the musical comedy beginning Jan. 10, with a plan to reopen March 14.

In a startling illustration of the financial damage a resurgent pandemic is causing on Broadway, the producer of a new musical adaptation of “Mrs. Doubtfire” has decided to close down his show for nine weeks, saying he sees no other way to save the production.

Kevin McCollum, a veteran Broadway producer whose previous credits include “Rent” and “Avenue Q,” said he would close the musical comedy beginning Jan. 10, with a plan to reopen March 14. The move will cost 115 people their jobs for that period; McCollum said he is committed to rehiring those who want to return.

“My job is to protect the jobs long-term of those who are working on ‘Mrs. Doubtfire,’ and this is the best way I can do that today,” he said in an interview. “I can’t just sit idly by when there’s a solution, albeit unprecedented and painful. I can’t guarantee anything, but at this moment this is the most prudent thing I can do with the tools I have.”

McCollum said that if he does not attempt the hiatus, the show would run out of money and be forced to close within three weeks. And there is plenty of reason to believe that is not hyperbole: Five Broadway shows in December decided to close earlier than anticipated, including the musicals “Ain’t Too Proud,” “Diana,” “Jagged Little Pill” and “Waitress,” as well as the play “Thoughts of a Colored Man.”

McCollum’s move, which will enable the production to stop paying salaries and most other expenses, is a novel Broadway response to the omicron surge, but has a parallel in London, where Andrew Lloyd Webber has shuttered his new “Cinderella” musical for at least seven weeks. (It is slated to reopen Feb. 9.)

“Mrs. Doubtfire,” like all Broadway shows, has been battered by the coronavirus pandemic. The production, in development for years and capitalized for $17 million, had gotten through just three preview performances in March 2020 when Broadway shut down; it was closed for 19 months before resuming previews in October, and then opened in December, bolstered by a nearly $10 million grant from the Small Business Administration.

The show opened to tepid reviews — and a pan in The New York Times — but sales were nonetheless promising, McCollum said, until the omicron variant, which was detected in New York just days before the opening, caused a spike in coronavirus cases. (The Broadway League has stopped reporting show-by-show box office grosses, making it difficult to track a production’s ups and downs with any precision.)

As coronavirus cases spread among Broadway workers, “Mrs. Doubtfire” had to cancel 11 performances during the normally lucrative holiday season, continuing to pay workers while losing all box office revenue. And then, McCollum said, the show, like many others, faced a high number of consumers canceling their tickets at the last minute because of concerns about safety, confusion about what was still open and difficulty complying with vaccination rules. (“Mrs. Doubtfire” is a family-friendly show, so it is particularly affected by the evolving vaccine mandates for children.)

“You’re asking me to plant a sapling in a hurricane,” McCollum said.

So long as “Mrs. Doubtfire” is open, its expenses are about $700,000 a week, whether or not performances take place, because employees are paid even if a performance is canceled. And expenses have recently risen because of increased testing, along with additional costs associated with keeping a show going when staff members test positive.

McCollum said the show grossed about $900,000 from Dec. 27 to Sunday, which was more than its running costs but less than the $1.3 million he had expected for the holiday week. He added he was expecting the show’s weekly grosses to drop below $400,000 after the holidays — always a soft time for Broadway, and now even more so. He said he is hopeful that by March the pandemic will have eased and tourism and group sales will strengthen.

His announcement comes after multiple performing arts presenters around North America canceled performances and closed productions in December, and as a number of institutions are now postponing or canceling future scheduled shows. On Friday, the nonprofit Public Theater in New York announced that it would cancel this month’s Under the Radar Festival; earlier, in Toronto, Mirvish theaters shuttered a production of “Come From Away” and canceled a production of “Leopoldstadt,” while in Mountain View, California, TheaterWorks moved a show scheduled to start this month to August.

Some productions, like “Mrs. Doubtfire,” are more vulnerable than others. McCollum is also a lead producer of “Six,” a new musical about the wives of Henry VIII, and he said that show remains strong, thanks to enormous pre-Broadway word-of-mouth, a popular cast album and low running costs.