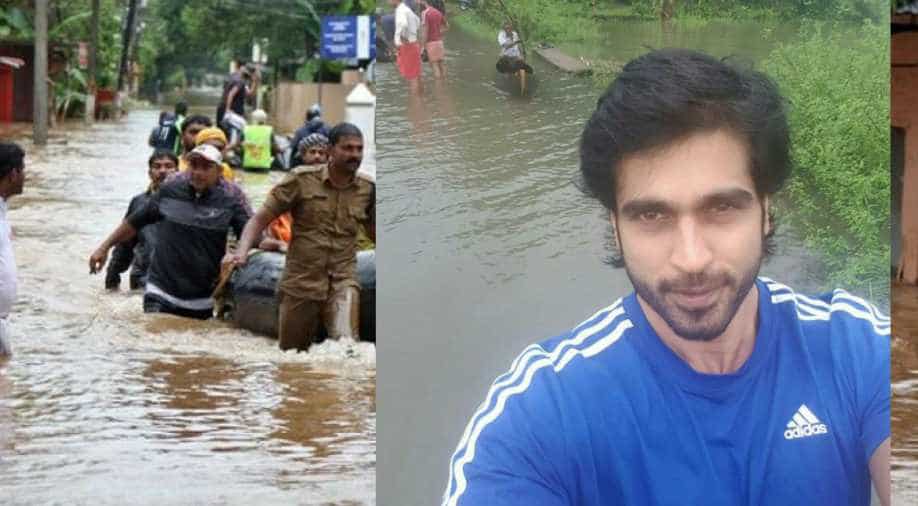 With the southernmost state of India, Kerala facing the wrath of floods, Malayalam actor Rajeev Pillai has postponed his wedding to help those stranded due to the natural calamity.

Rajeev was supposed to get married to Ajitha in a few days time but they decided on rescheduling the wedding as the state of Kerala goes through massive loss and destruction. Rajeev, along with people residing in his locality has helped many people to get to safer places.

In an interview to a daily, Rajeev said, “Five hundred meters from my home, an entire area came under water. The only bit which was safe in my village was the area where we lived. There was no time to wait for rescue boats and we made a raft with whatever we could get. There were only 10 or 12 of us who were strong enough to pull the raft all the day, so for the past 48 hours we have been in the water.”

Many other celebrities from the South Indian industry have also come forward to support people. Celebs like Dulquer Salmaan, Tovino Thomas, Rajinikanth, Prabhas have come forward to donate money and give support to people.

On the work front, Rajeev will be seen playing a key role in the biopic on adult actress Shakeela which will be essayed by Richa Chadha. The shooting of the film began recently and the makers are planning to release the film in as many languages as possible.