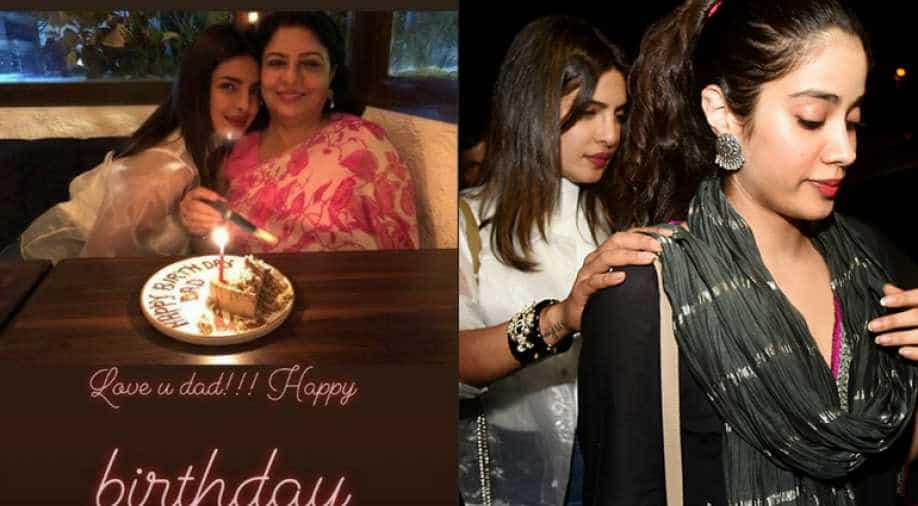 Priyanka Chopr and Janhvi Kapoor were spotted at a suburban restaurant in Mumbai on Thursday. (Image by Yogen Shah) Photograph:( WION Web Team )

Priyanka Chopra celebrated her father's birth anniversary with a celebratory dinner with her mother Madhu on Thursday night. The mother-daughter duo were spotted entering a suburban restaurant on Thursday evening where they even cut a cake in his remembrance.

Priyanka's intimate celebration also had Janhvi in attendance. The actress shared photos of on her Instagram of her mother and her cutting the cake and gave Janhvi photo credits. 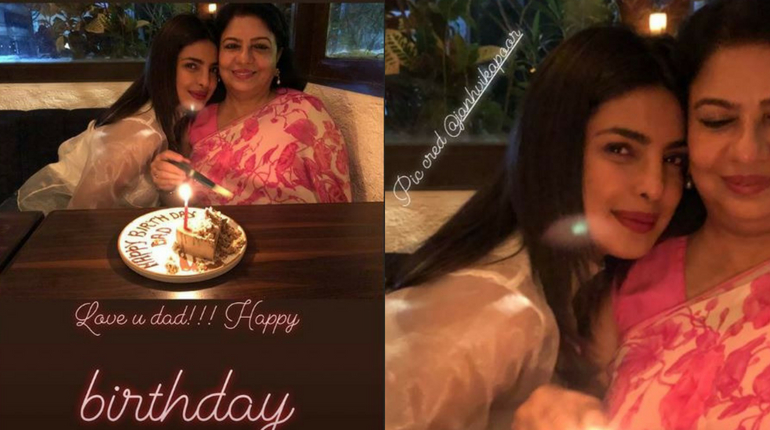 It is not yet known whether Janhvi was at the restaurant to have dinner with Priyanka or they coincidentally happened to meet there. Later at night, Priyanka was seen escorting Janhvi to her car. The two actresses hugged before leaving the venue. Janhvi left with her 'Dhadak'director Shashank Mehta and Priyanka left in a separate car. 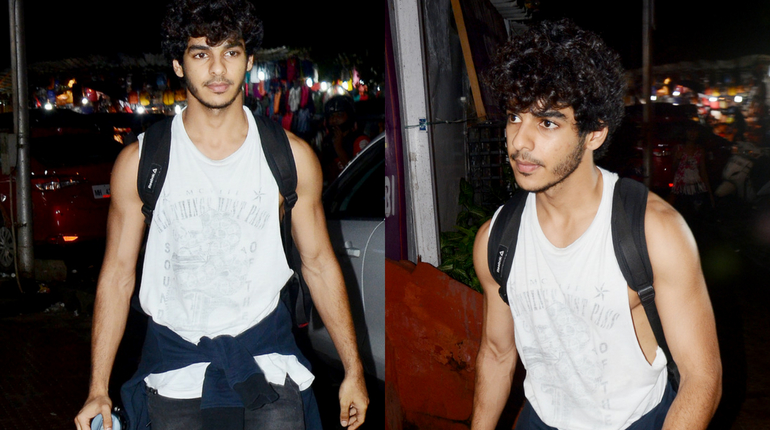 Whether Priyanka dined with the 'Dhadak' crew is not known, but the actress does seem to be fond Janhvi a lot.