Is it over between Kriti Sanon and Sushant Singh Rajput? 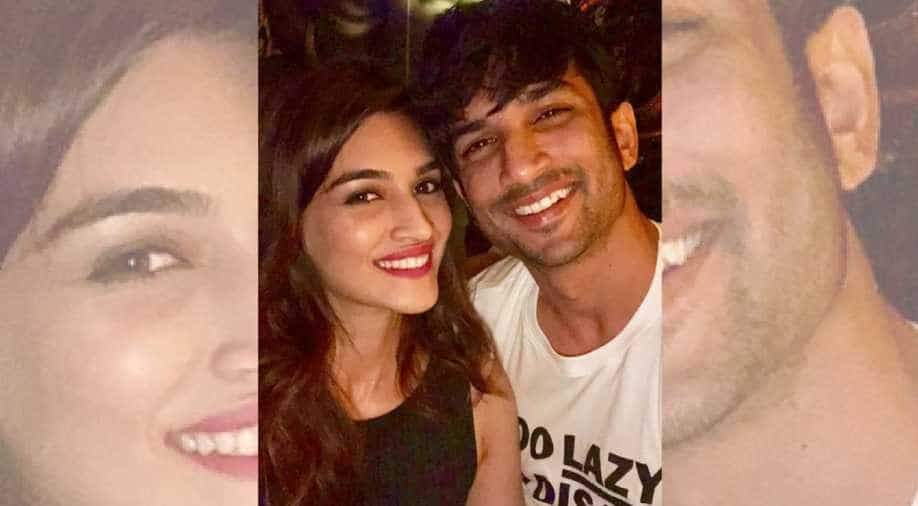 Something seems to have come in between rumoured lovers Sushant Singh Rajput and Kriti Sanon who were going strong ever since they started working in ‘Raabta’. If new reports are to be believed, Kriti has called it quits with Sushant owing to the growing distance between them and Sushant’s closeness to his co-star of ‘Kizie Aur Manny’.

Sushant is currently filming for ‘Kizie Aur Manny’ which is an official remake of ‘The Fault In Our Stars’, a Hollywood film that was made on the book by the same name about two star-crossed lovers who have a fatal ending.

It’s said that while filming for the film, Sushant grew too close to his female lead, Sanjana Sanghi, who complained to her parents about this behaviour, leading to the shoot being stalled. However, Mukesh Chhabra later denied the allegations and said, “All this speculation is a figment of wild imagination. We are shooting in Mumbai after wrapping the Jamshedpur and Ranchi schedule. This has been an absolute joyride and we are cruising ahead like one big happy unit.”

This particular incident along with the growing distance between Sushant and Kriti seems to have taken a toll on the rumoured couple.

While Kriti is riding high on her hit song Aa Kabhi Haveli Pe from ‘Stree’ and has films like ‘Panipat’, ‘Luka Chuppi’, ‘Arjun Patiala’, ‘Housefull 4’ and others Sushant is doing ‘Kizie Aur Manny’, ‘Kedarnath’, ‘Drive’ and 'Sonchiriya'.